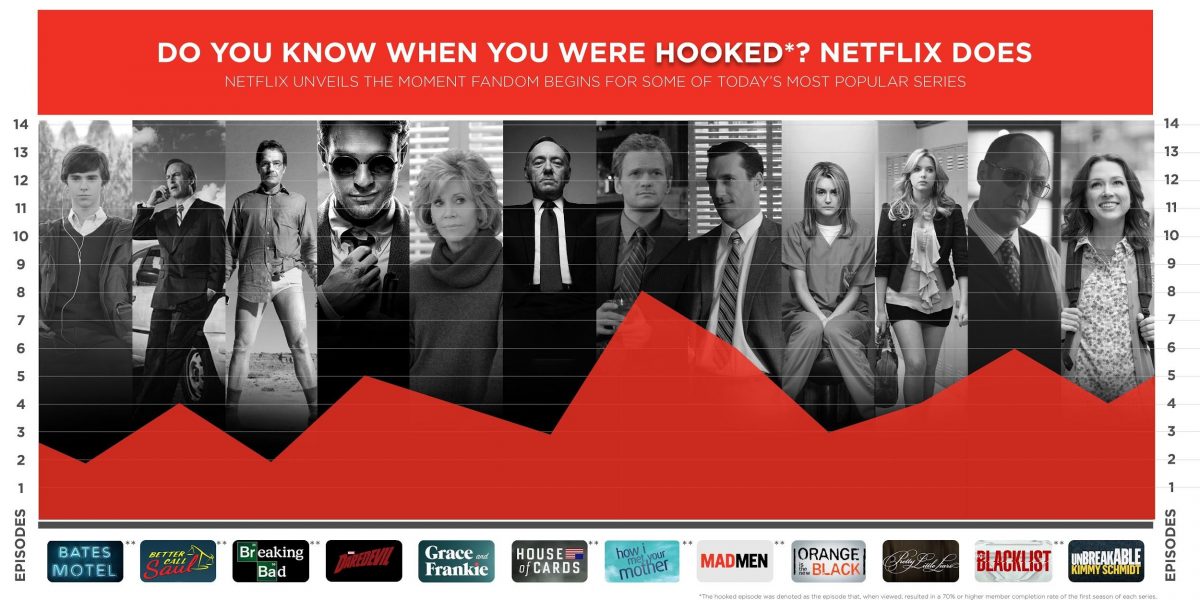 By Michele Neylon on September 23, 2015 in Infographic
0
SHARES
ShareTweet

Netflix has a very large subscriber base and they obviously track a lot of different data points. Earlier today they released some data in relation to people’s viewing habits, more specifically at what point in a TV series run people get addicted.

What’s interesting is that the pilot episode isn’t a strong indicator of “addiction” or “getting hooked” to a show. In most cases people watch several episodes before they get “sucked in” and “hooked”.

So which episodes are the tipping point for some of the more popular shows? According to Netflix they are:

Here’s the data in a more visual form – bear in mind that not all shows are available in all Netflix regions: 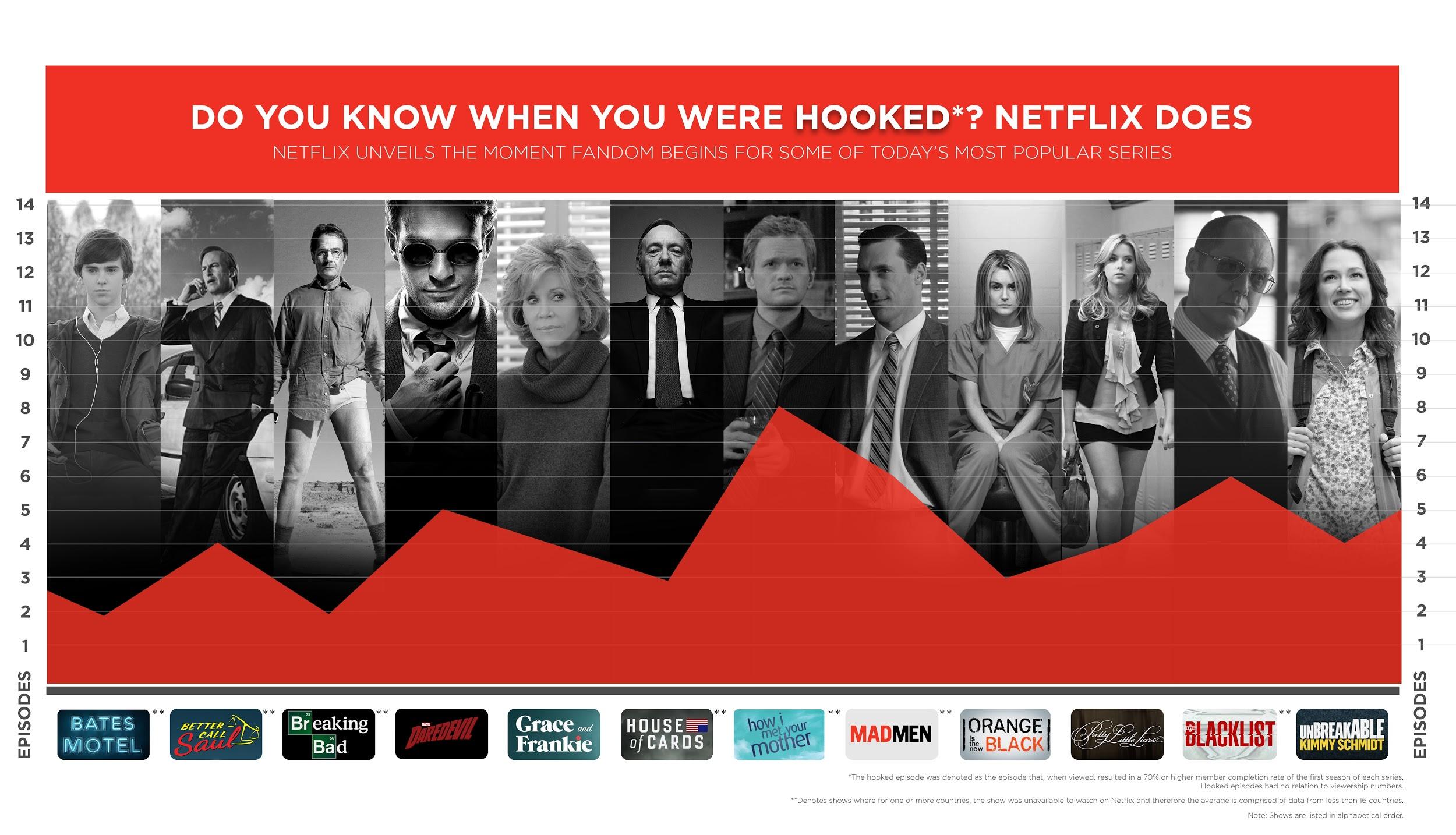