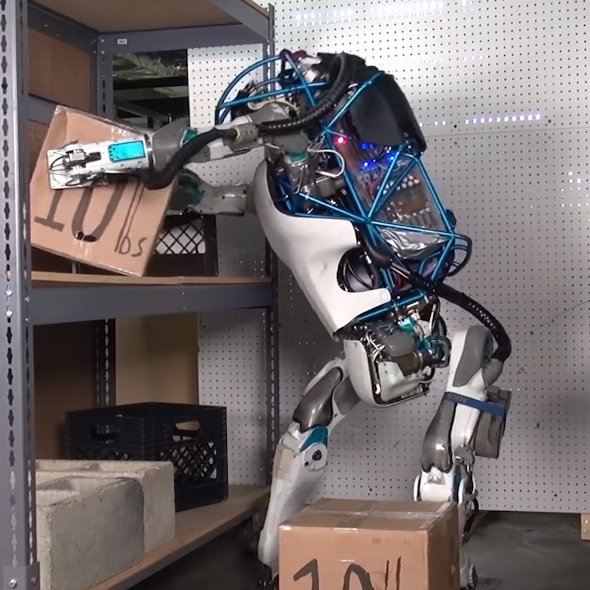 This video is basically bad news for anyone who hopes for a future for humanity, free of robot domination.

We’ve covered Boston Dynamics before. They’re the company developing extraordinary robots that can walk and even run. Google acquired them two years ago.

This latest video shows an impressive bipedal robot that simply pushes open the door when it feels like it and goes walkabout in the snow – keeping its balance in slippery conditions.

Later it demonstrates correct manual handling while stacking shelves. Good to see it got the training on bending your knees, not your back.

Later still, a man demonstrates how to piss off a robot by knocking something out of its hands. I assume he must have been ripped to shreds. I couldn’t bear to watch after that.

Votomatic is a Dating Site to help you find a Political Party to Love!
Social Media In #GE16