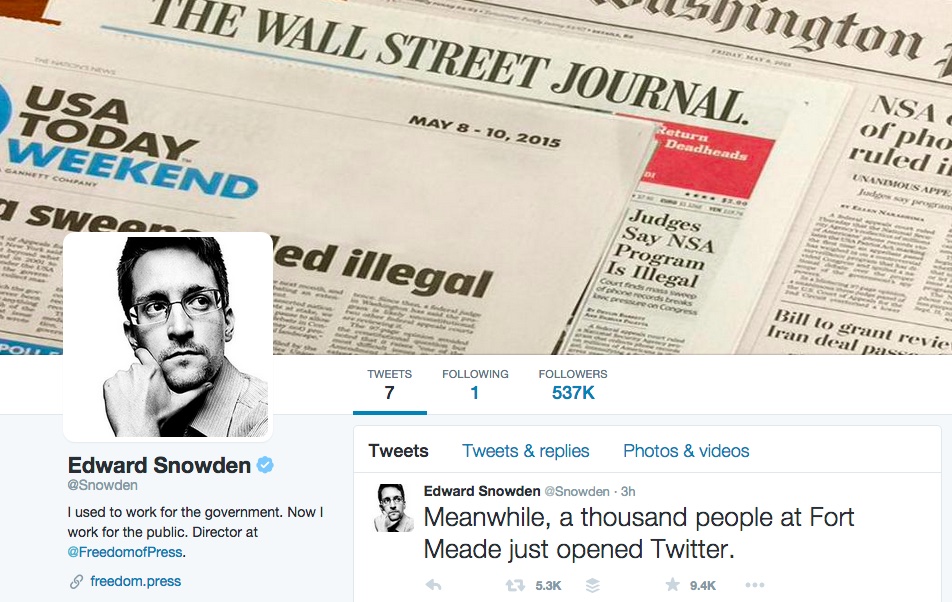 By Michele Neylon on September 29, 2015 in social media
0
SHARES
ShareTweet

Can you hear me now?

The guys over at Radix must be delighted, as his profile link points to a .press domain  – freedom.press

And he’s already poking fun at the NSA:

Whose Twitter account is currently the only one he’s following …though he’s already got over 1/2 million followers!

And of course pretty much every media outlet is covering the story ..

Apple Music Will Take €10 From You Unless You Cancel the Auto-Renew Today
The Trailer for the New X-Files Mini-Series is Here!