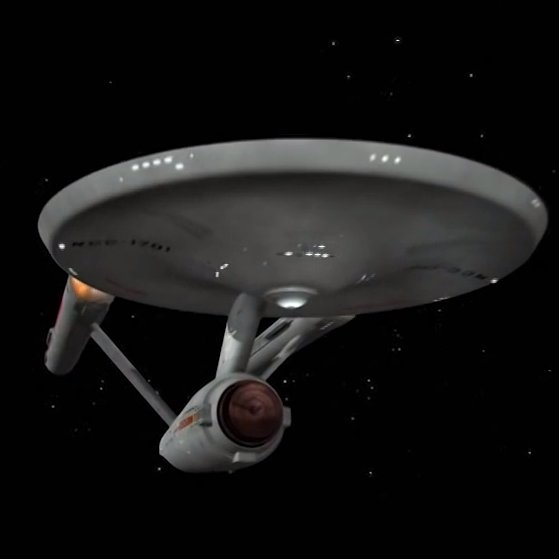 By Conn Ó Muíneacháin on February 18, 2014 in General
0
SHARES
ShareTweet

Thanks to Roseanne Smith on Facebook, I came across Star Trek Continues, a fan-produced ‘continuation’ of the original series that seems to achieve what many would have considered impossible: a faithful recreation of The Original Series that continues, seamlessly, where no man has gone before.

Sure the actors are different, but as MaryAnn Johanson explains at Flickphilosopher:

This is so pitch-perfect a re-creation that it gave me chills, then it made me cry tears of geek joy, and then I forgot I was watching anything other than Star Trek. The sets and the costumes and the props are perfect. The lighting and the direction and the pacing is perfect. It’s even shot in the old-fashioned TV aspect ratio of 4:3. I felt like I was watching episodes from the 60s that I had somehow missed.

Two episodes have been produced so far, Pilgrim of Eternity and Lolani.  Both are available to watch for free on YouTube and Vimeo.

It’s not surprising that the technical aspects of production have advanced so much as to make a fan-produced show look as good as the real thing – but thoughtful attention has been paid to things like casting as well.  James Doohan’s son Chris does a good job in the role of Scotty. His performance evokes his father in all kinds of subtle ways. Vic Mignogna might seem just a little old to play TOS Kirk, but he’s also the Director and Executive Producer so while this is obviously more than a vanity project (it’s too good), it’s likely that he was the best choice from a limited pool.  Age aside, he plays the character perfectly.

I’ve definitely got an issue with the casting of McCoy though!  Larry Nemecek is a veteran of the Star Trek fan community and the author of numerous books, magazines and documentaries about the franchise. He’s also 55 and plays McCoy like a shrugging Bob Newhart.  Dammit Jim!

It’s in the writing where this new production shines however.  Plots are good – but the dialogue, especially during action scenes, is fantastic, and better than much of what we have seen in official Star Trek. It’s really well edited as well. It may be a labour of love but these are professionals at work.

As Mary Ann points out, Star Trek Continues is true to the look and feel of the original 1960s production, but it manages to subtly jettison some of the hangups of that era also.

Most of all – this feels like good Star Trek ought to be.  I’m currently watching The Next Generation Season 1 on Netflix. That’s a series which improved dramatically in later seasons, but some episodes of Season 1 are utterly unwatchable (Shut up Wesley!). Star Trek Continues is better than this and better than an awful lot The Original Series.

JJ Abrams’ films are fun but forgettable. If Star Trek was nothing more than the last two movies, it would not have inspired generations of fans in the way that The Original Series has.  Though flawed, it contained the kernel of an ideal which all the shows have aspired to, and on occasion fulfilled.  The fans have often understood it better than its producers, and that is why Star Trek Continues may be the truest Trek yet.