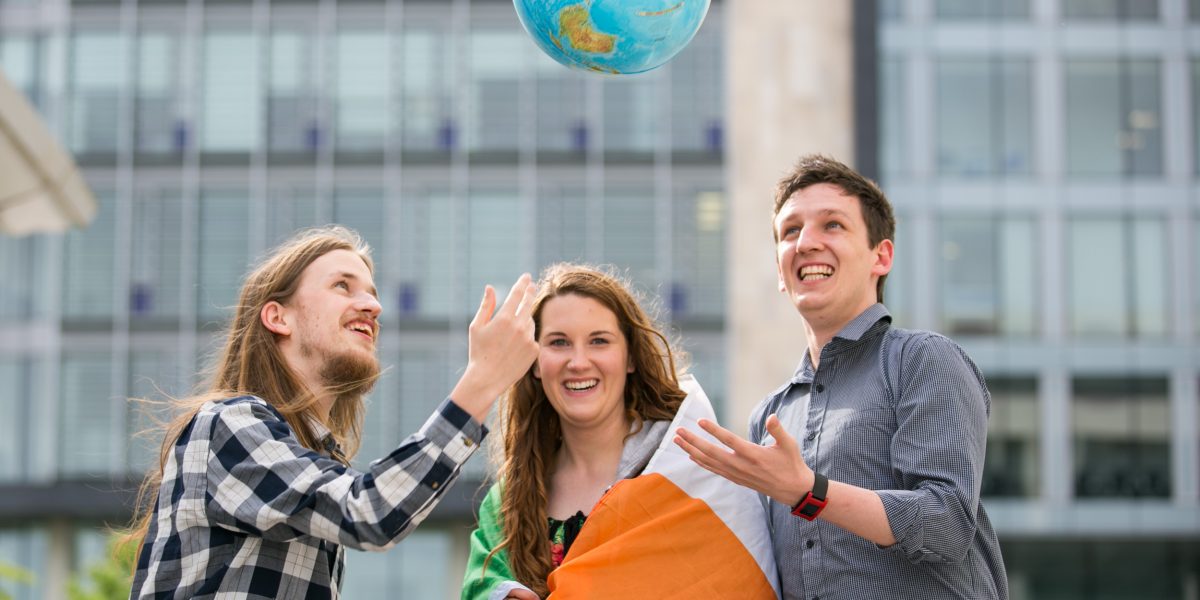 By Conn Ó Muíneacháin on July 30, 2014 in General
10
SHARES
ShareTweet 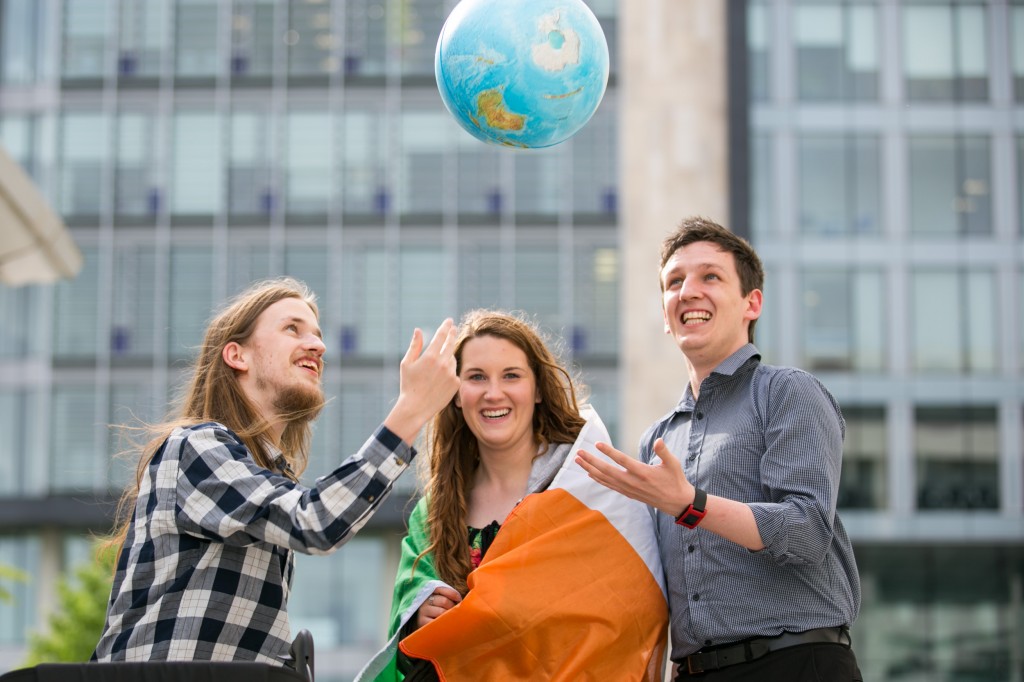 The students, who are national winners in the World Citizenship category of the competition, went on to be selected in the world semi-final stage to represent Ireland in the Microsoft Imagine Cup world final with their AccessEarth app, which provides up-to-date, reliable data on the accessibility of buildings all over the world for those with impaired mobility.

The impetus to develop the AccessEarth app resulted from the experience one of its creators had when he visited London during the Olympic Games in 2012. The hotel he booked claimed on its website to be accessible, but Matthew McCann arrived to find that there were steps leading up to the door of the building, with no ramp provided. Furthermore, the interior doors of the building were too narrow to accommodate the rollator used by McCann, who has cerebral palsy. The team determined a need for practical information that helps those with disabilities as well as their families, friends and work colleagues to navigate the built environment with ease.

“AccessEarth is a really fantastic app which provides basic information that makes a real difference to people’s quality of life. The emphasis the app places on facilitating a network of volunteers to collaborate to help add to the content and to keep it up to date and relevant is fantastic as it empowers people around the world to work towards a common good.

“The wealth of invention and new thinking on show at the Imagine Cup each year is inspiring, and this projectby Matthew McCann, KC Grant and Jack Gallagher is certainly a high calibre entry which we hope will be rewarded on an international stage. The Microsoft team here in Ireland will be supporting the team through the competition and wish them the best of luck.”

Jack Gallagher, one of the creators of AccessEarth, said he was looking forward to travelling to Seattle.

“We’re thrilled to get the opportunity to showcase our idea at the world finals and to represent Ireland in the process. We believe in AccessEarth and we’re ambitious for its growth potential. Our focus on the future has impacted decisions that we’ve made in the course of its development, including the use of the Windows Azure as the platform to build the backend, which will make scaling up very manageable when we reach a critical mass of users.”

The Microsoft Imagine Cup is the world’s premier student technology competition. It provides an opportunity for students to learn more about the world of work today through hands on experience that will help prime many participants for cool jobs in the technology sector. It is hoped that many will go on to form their own successful start-ups as competitors have in the past. Ireland has a distinguished record at Imagine Cup, with the competition running in Ireland for the past eight years, and with IT Sligo’s Team HERMES winning the competition outright in 2011.