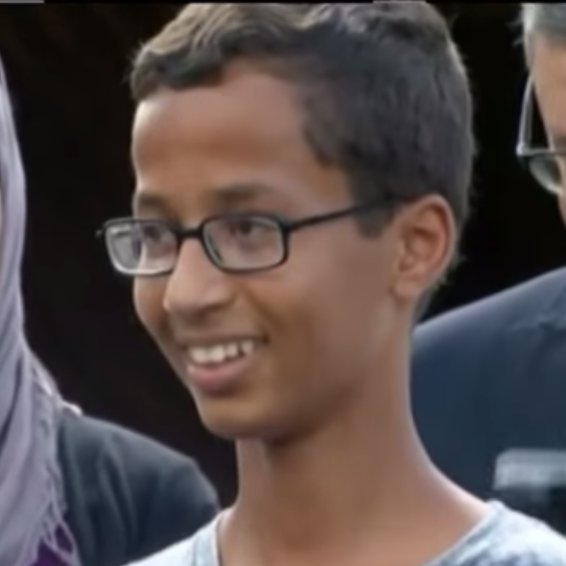 By Conn Ó Muíneacháin on September 17, 2015 in General
0
SHARES
ShareTweet

Ahmed Mohamed, the 14-year-old who built a digital clock to impress his teacher and got arrested because police and school authorities thought it was a hoax bomb, has revealed that he is still suspended by the school.

Neither has he received an apology from the school but it doesn’t matter, he told a press conference, because he is not going back there.

Meanwhile, he’s been getting a lot of attention from the world of technology, where his initiative and ability are getting him the kind of recognition he’d hoped to get at school. Mark Zuckerberg invited him to Facebook, and encouraged him to “keep building”. And he’s also got invitations from Google, Box and President Obama.

Ahmed insists he never suggested his device was anything but a chronometer, but here’s a story of another geeky maker, who pranked his high school with a “ticking” metronome, and ended up in jail. While there, Apple co-founder Steve Wozniak “taught the other prisoners how to disconnect the wires leading to the ceiling fans and connect them to the bars so people got shocked when touching them”.