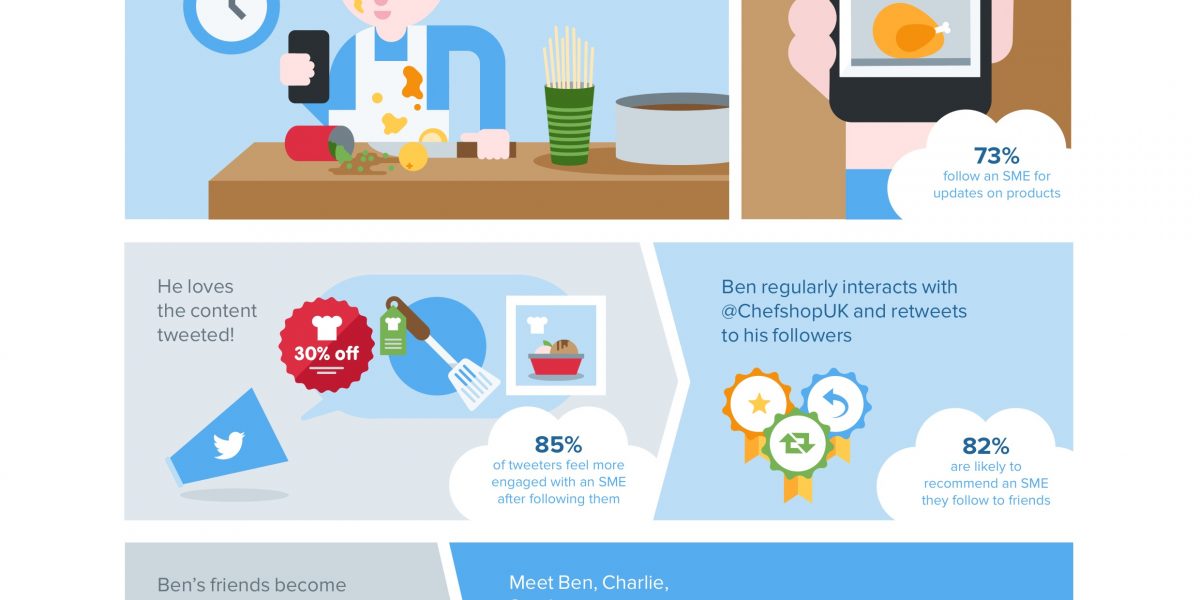 By Michele Neylon on March 8, 2014 in social media
0
SHARES
ShareTweet

A couple of months ago Twitter finally made their “self-serve” advertising platform available to Irish and UK small businesses.

We (Blacknight) have been using it a bit over the last couple of months and while we’re still very much in the “experiment” phase it’s been interesting to watch how it works.

Of course advertising revenue is one of the main sources of income for Twitter, so it’s in their interest to get as many businesses onto the platform as possible and encourage them to spend.

According to a short report they published a few days ago “72% of followers likely to purchase after following an SME on Twitter”  the platform works.

They’ve even produced a nice little graphic to illustrate this: 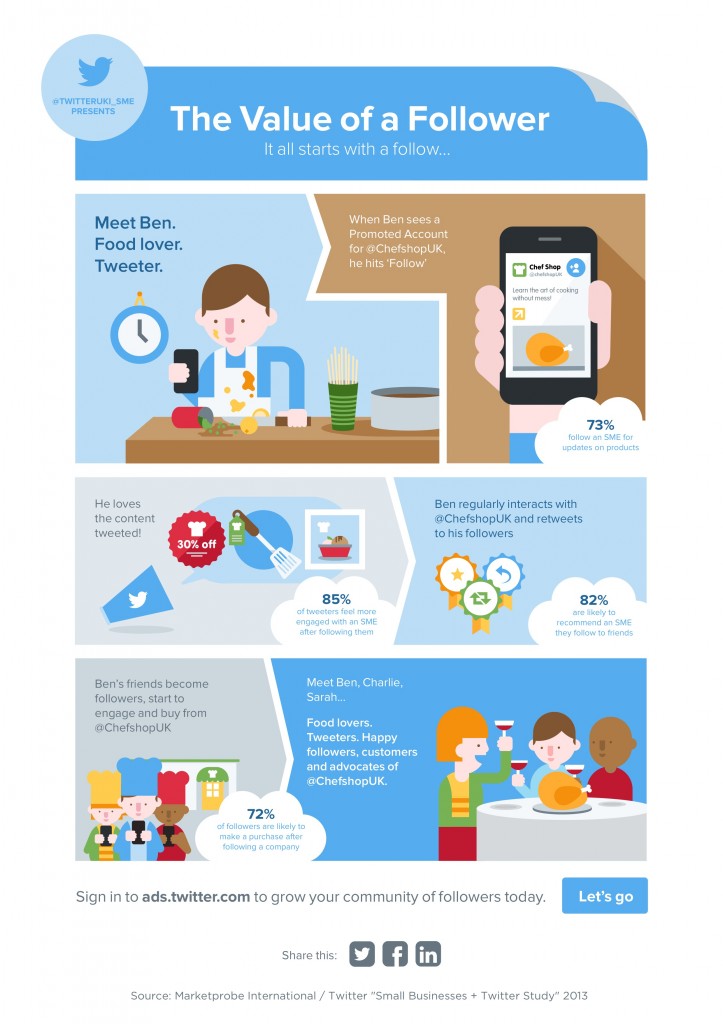 Whether it’s true or not is hard to say – I’d like to see independent research before I’d be really convinced. While Twitter might work for some businesses growing followers by itself is of little value. If you do not engage with the followers then they’ll never convert into anything.

And therein lies the problem.

A very large number of small business users of Twitter don’t tweet that often and a lot simply do not engage. Sure, there are plenty that do, but they’re probably in the minority.