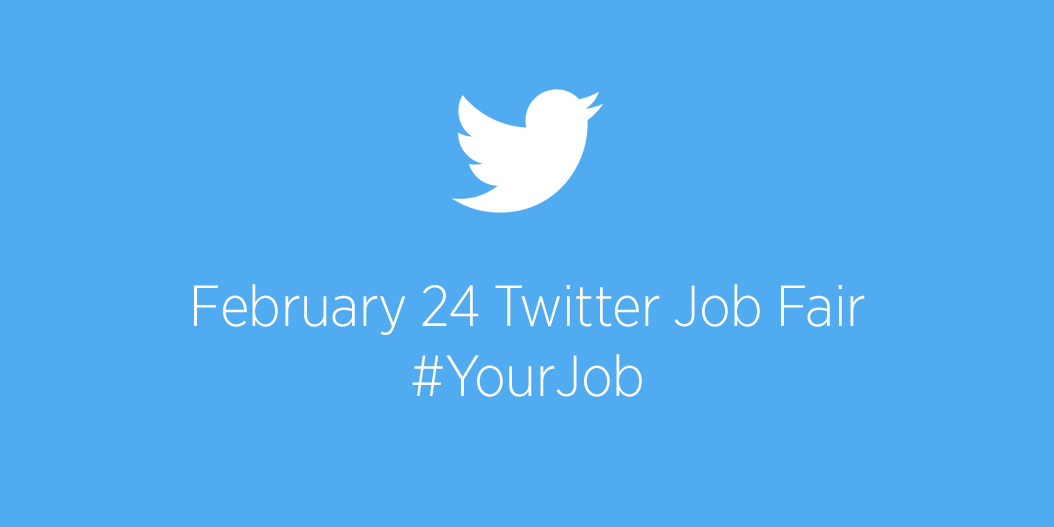 By Conn Ó Muíneacháin on February 12, 2015 in General
0
SHARES
ShareTweet

Twitter is hosting its first European #JobFair, a Twitter owned initiative taking place across Europe for one day, on Tuesday 24th February. Dozens of companies from Ireland, the UK, the Netherlands, France and Germany will take to Twitter to answer Q&A’s, give their top tips for hiring and share secrets every candidate is looking for.

People in Ireland are turning to Twitter to search for jobs whether it’s through the widely searched hashtag, #JobFairy or trawling through the numerous companies or recruiters posting job openings. In 2014 there were over 320,000 Tweets mentioning #JobFairy and over 57,000 Tweets referencing #IrishJobs. September was the peak month that people searched for jobs on Twitter in Ireland and Tuesday was the peak day, showing that Twitter has become a part of people’s day to day job search.

In Ireland companies such as Jobbio, Web Summit, KPMG, Irish Jobs and more, will be participating on Twitter, sharing what they are looking for when hiring, their top tips and tricks for getting noticed as well as giving job seekers an opportunity to ask those very important questions.

Twitter Inc will also be participating through it’s @JoinTheFlockEU handle, showcasing it’s 30+ open positions available in @TwitterDublin currently. Senior recruiters from the Twitter team will also be sharing what Twitter looks for when hiring, giving people an insider view into working at Twitter and providing guidance to potential candidates.

Taking part in this Twitter initiative couldn’t be any easier, make sure to be online throughout the day on Tuesday 24th February, engage with the hashtag #YourJob and follow this @TwitterDublin list for companies Twitter as a hiring platform.