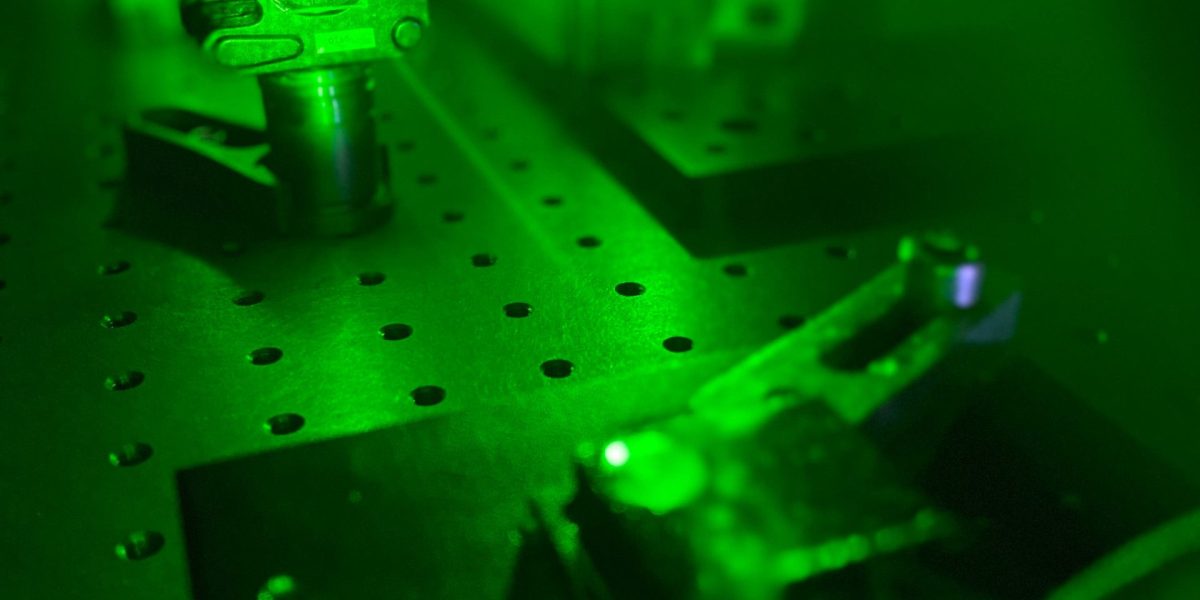 By Jonathan Thomas on October 25, 2022 in Science, Space
0
SHARES
ShareTweet

University scientists have developed a system which could help astronomers find Earth-like planets – and it is powered by a laser similar to those sold in shops for a few pounds.

Researchers at Edinburgh’s Heriot-Watt University have produced a device powered by a green laser similar to laser pointers sold for less than £5.

But it emits light at one billion pulses a second, helping to produce what is known as a frequency comb.

According to the university, the laser reduces the cost, complexity and power consumption of typical ultrafast lasers by around a factor of 10.

Details of the breakthrough have been reported in the journal Optics Express.

Prof Reid believes it could help astronomers searching for exoplanets – planets which revolve around stars outside of the Earth’s solar system.

Using space telescopes, astronomers have already identified thousands of stars that might have exoplanets, but each of these must be confirmed by ground-based telescopes looking for tiny fluctuations in the colour of the star’s light that are the signatures of an orbiting planet

“These tiny wavelength shifts confirm the presence of an orbiting planet and provide its mass and orbital period.

“Our new laser is a smaller and simpler version of one we installed on the 10-metre Southern African Large Telescope in 2016.

“The laser produces light consisting of thousands of regularly spaced optical frequencies, known as a frequency comb. Much like a ruler is used to accurately measure distances, a frequency comb is a ‘wavelength ruler’, allowing astronomers to measure exact wavelength differences.

“Since observations of exoplanets can take years of observation time, astronomers have suggested having many dedicated telescopes pointing at candidate stars, and our laser could become a core module in such systems.”

Heriot-Watt PhD student Hanna Ostapenko came up with the design for the new system.

She said: “What’s unique about this laser is that we’ve shown we can power it from a simple laser diode—about the same energy consumption as an iPhone.

“Unlike many previous ultrafast lasers, ours contains very few components and produces ultrafast pulses as soon as it powers up.”