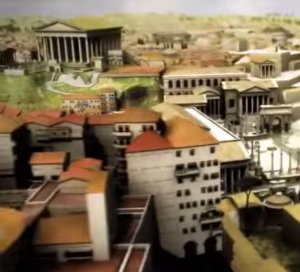 By Conn Ó Muíneacháin on March 27, 2015 in General
0
SHARES
ShareTweet

“It was the biggest city in the Western world, until 19th Century London” says Dr. Bernard Frischer in this virtual video tour of Rome in 320 AD.

That year can be considered “the peak of Rome’s development” under the reign of Constantine the Great, shortly before he moved his capital to Byzantium, precipitating the division into Eastern and Western empires, and later the fall of Rome.

But this video shows the ancient city at its peak, with the magnificent buildings whose remnants survive to this day, culminating in the magnificent Pantheon with its huge domed ceiling, a marvel of construction even today.

8 Responses to A Virtual Tour of Ancient Rome