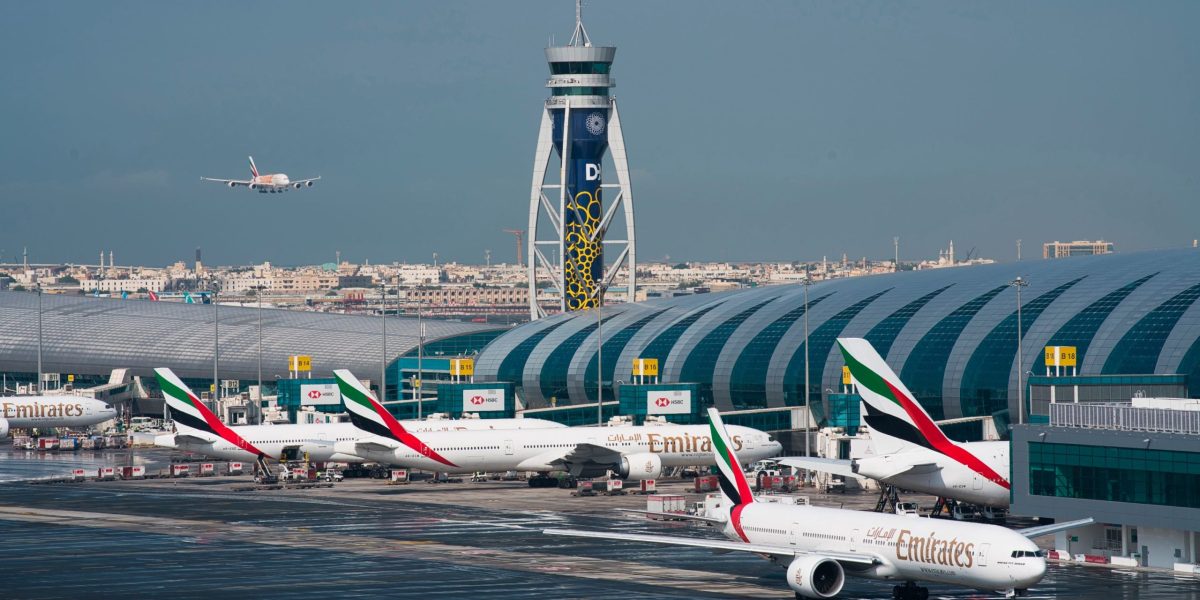 By Jonathan Thomas on January 19, 2022 in Networks, Travel
0
SHARES
ShareTweet

Airlines across the world have rushed to cancel or change flights heading into the US over an ongoing dispute about the rollout of 5G mobile phone technology near American airports amid fears it could affect planes’ equipment.

The issue over the C-band strand of 5G appears to particularly affect the Boeing 777, a long-range, wide-body aircraft used by carriers worldwide.

Two Japanese airlines directly named the aircraft as being particularly affected by the 5G signals as they announced cancellations and changes to their schedules.

It said it would continue flights to Los Angeles, New York and Washington.

In its announcement, Emirates cited the cancellation as necessary due to “operational concerns associated with the planned deployment of 5G mobile network services in the US at certain airports”.

“We are working closely with aircraft manufacturers and the relevant authorities to alleviate operational concerns, and we hope to resume our US services as soon as possible,” the state-owned airline said.

The United Arab Emirates successfully rolled out 5G coverage all around its airports without incident, like dozens of other countries.

But in the US, the Federal Aviation Administration (FAA) has concerns that the C-Band strand of 5G could interfere with aviation equipment.

Of particular concern in the 5G rollout appears to be the Boeing 777, a major workhorse for Emirates, which only flies that model and the Airbus A380 jumbo jet.

Its Middle East competitor, Qatar Airways, anticipates “minor delays” on return flights from the US but otherwise, its dozen American routes are operating as scheduled.

Japan’s All Nippon Airways (ANA) said in a statement that the FAA “has indicated that radio waves from the 5G wireless service may interfere with aircraft altimeters”.

Altimeters measure how high a plane is in the sky, a crucial piece of equipment for flying.

“Boeing has announced flight restrictions on all airlines operating the Boeing 777 aircraft, and we have cancelled or changed the aircraft for some flights to/from the US-based on the announcement by Boeing,” ANA said.

It cancelled 20 flights to the US over the issue to cities such as Chicago, Los Angeles and New York.

Japan Airlines similarly said that it had been informed that 5G signals “may interfere with the radio altimeter installed on the Boeing 777”.

“We will refrain from using this model on the continental United States line until we can confirm its safety and we regret to inform you that we will cancel the flight for which the aircraft cannot be changed to the Boeing 787,” the airline said.

Eight of its flights were affected Wednesday – three passenger trips and five for cargo.

Chicago-based Boeing did not immediately respond to a request for comment.

Air India also announced on Twitter it would cancel flights to Chicago, Newark, New York and San Francisco “due to deployment of the 5G communications” equipment. It said it would try to use other aircraft on US routes as well.

Hong Kong’s Cathay Pacific said it is deploying different types of planes where necessary to the affected airports and that its flights to the United States have not been affected so far.

The cancellations come even after mobile phone carriers AT&T and Verizon will postpone new wireless service near some US airports planned for this week.

The FAA will allow planes with accurate, reliable altimeters to operate around high-power 5G. But planes with older altimeters will not be allowed to make landings under low-visibility conditions.

Choi Jong-yun, a spokeswoman of Asiana Airlines, another South Korean carrier, said the company has not been affected so far because it uses Airbus planes for passenger flights to the US and does not use the affected Boeing planes to transport cargo.

However, Ms Choi said airlines have also been instructed by the FAA to avoid automatic landings at affected US airports during bad weather conditions, regardless of plane type.

Asiana will redirect its planes to nearby airports during those conditions, she said.