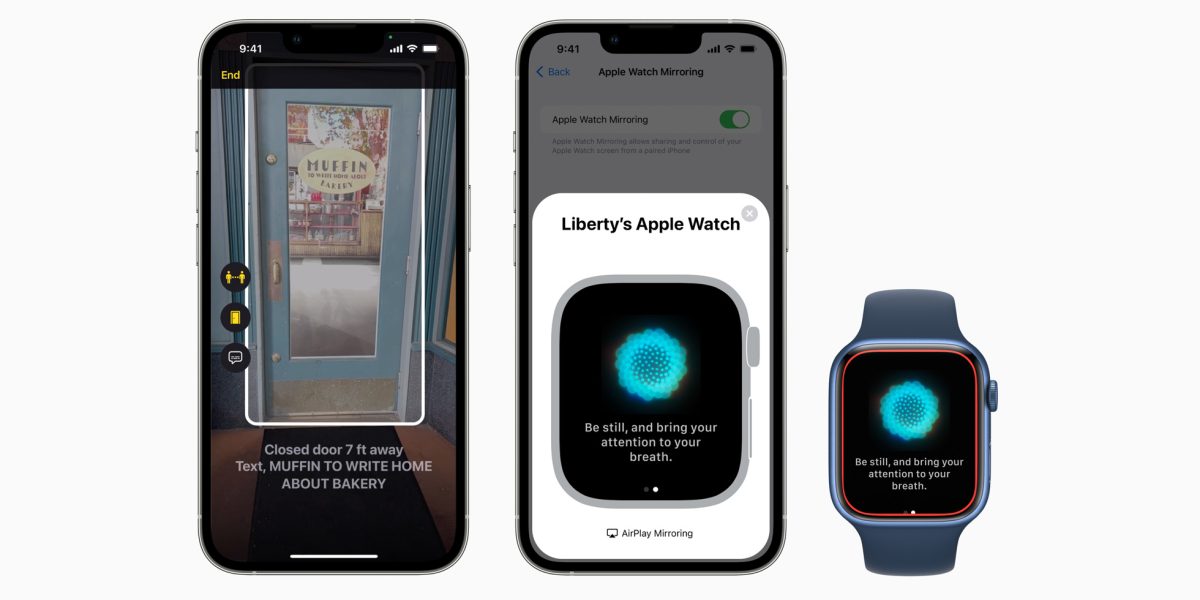 By Jonathan Thomas on May 18, 2022 in Gadgets
0
SHARES
ShareTweet

Apple is to introduce a new set of accessibility tools to its devices to aid those with disabilities, including a door detection tool which uses sensors in an iPhone or iPad to help those with sight problems find their way when arriving at a new location.

The suite of new software features will be introduced later this year, the technology giant confirmed.

The door detection tool will be available to users with newer models of the iPhone and iPad Pro which house the firm’s Lidar scanner, which will be used alongside the device camera to spot doors when a user arrives at a new location, describe its attributes so the user knows how to open it and also read signs and symbols around the door and provide further information such as building or office number, with the aim of helping those who are blind or have low vision.

Apple said it would be coming to the Pro or Pro Max model of the iPhone 12 or 13 and newer versions of the iPad Pro 11-inch and 12.9-inch model.

That tool is to be joined by a new accessibility tool for the Apple Watch, with a new pairing tool to enable users to control the smartwatch from a connected iPhone, which will also allow people with physical and motor disabilities to control their Watch using voice commands and other actions.

In addition, Apple said it would be introducing live captions across the iPhone, iPad and Mac for deaf and hard of hearing users, enabling them to see real-time captions on any audio content across video calling, streaming content and video on social media, with the captions generated on-device to protect privacy.

“Apple embeds accessibility into every aspect of our work, and we are committed to designing the best products and services for everyone,” the firm’s senior director of accessibility policy and initiatives, Sarah Herrlinger, said.

“We’re excited to introduce these new features, which combine innovation and creativity from teams across Apple to give users more options to use our products in ways that best suit their needs and lives.”

A number of other features were also confirmed as coming later this year, including a buddy controller feature which will enable users to ask a friend or carer to help them play a game by letting players combine two controllers to drive the input for a single player.

While Siri pause time will allow people with speech disabilities to adjust how long virtual assistant Siri waits before responding to a request.