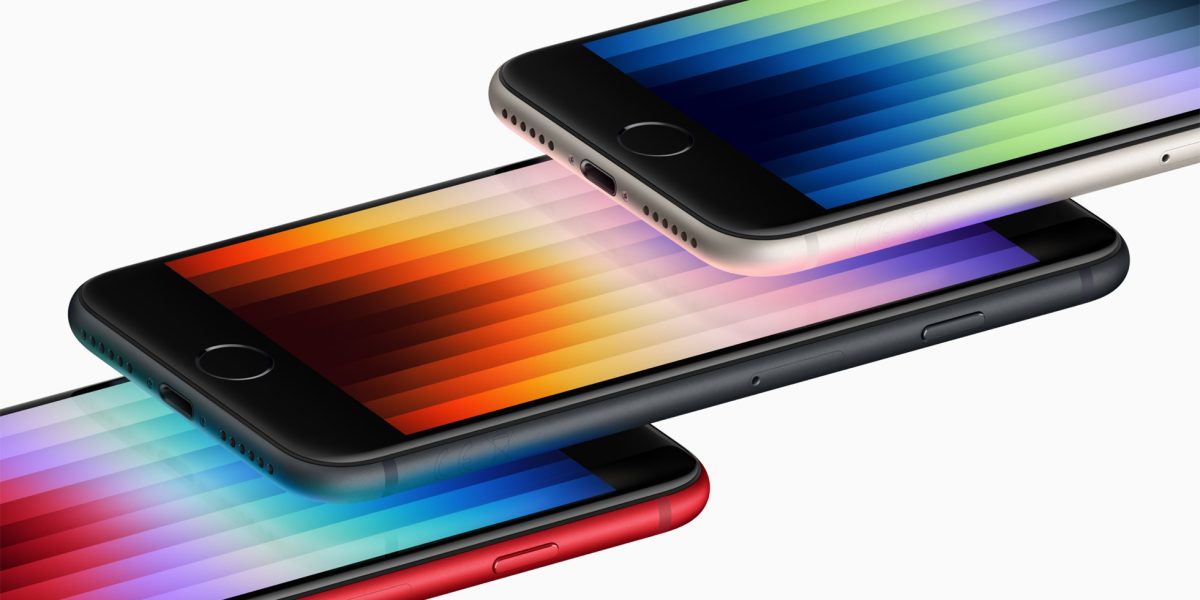 By Jonathan Thomas on March 8, 2022 in Gadgets
0
SHARES
ShareTweet

Apple has unveiled a new entry-level iPhone, the iPhone SE, that keeps some of the features from its flagship iPhone 13 range but at a much lower price – a move experts say “sustains Apple’s grip on the market”.

The new iPhone SE comes with 5G connectivity and the same A15 Bionic chip the tech giant put in the iPhone 13 when it announced it last year.

But in contrast to Apple’s flagship phone, which started much higher when announced last September, the new iPhone SE starts at €529.

The iPhone SE is the only iPhone to still come with a home button and Apple’s Touch ID fingerprint sensor.

Ben Wood, industry expert and chief analyst at CCS Insight, said it was “perfect for consumers who are not interested in the bells and whistles on more expensive iPhones but love Apple’s user experience and apps”.

“Apple’s decision to use its A15 Bionic chipset in the iPhone SE contrasts the approach taken by rival smartphone makers who tend to use less powerful chipsets in cheaper devices,” he said.

“Apple’s entry-level iPhone would be considered a flagship product by many rival manufacturers.

“Apple is in the enviable position that even the lowest-cost iPhone is powerful enough to support numerous software updates.

“This sustains Apple’s grip on the market as users hold onto their devices for longer or trade them in with a healthy residual value to upgrade to a new iPhone.

“When the iPhone SE 2020 was announced at the height of the pandemic it was the perfect product at that time. Consumers were uncertain about the outlook and an affordable iPhone was ideally placed to take advantage of that.

“In 2022 things have improved but the iPhone SE franchise still fills an important role as an affordable iPhone for consumers still cautious about splashing out on a top-of-the-line iPhone or who just don’t feel the need to spend more than is necessary.”

Elsewhere at its latest event, Apple announced a new desktop computer, the Mac Studio and a companion screen – the 27-inch Studio Display – as a new flagship device for power users.

The computer will be the first to house the company’s latest own made computer chip – the M1 Ultra – which the firm says is the most powerful ever built for a personal computer.

With the new M1 Ultra in place, Apple says the Mac Studio is nearly four times faster than its fastest iMac desktop computer.

Starting at €2,349, it comes with a number of different ports to enable connection with a broad range of other devices, including the new Studio Display monitor, which has a 27-inch screen and can support 5K resolution.

The virtual event also saw Apple update the iPad Air tablet, placing its M1 chip into the device for a 60% performance increase on the previous generation, adding 5G connectivity, as well as an improved camera that includes Apple’s Centre Stage feature for video calls, which uses AI to automatically pan and keep those talking on the call in view.

The iPhone 13 and 13 Pro devices are to be made available in a new green finish too, with all the new products announced going on sale on March 18.