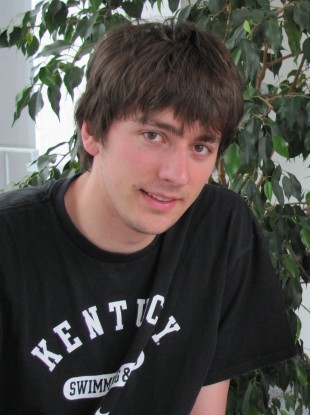 By Conn Ó Muíneacháin on April 11, 2014 in An tImeall, Gaeilge
45
SHARES
ShareTweet

Pádraig Schaler is a lovely guy. Anyone who knows him can tell you that.

I got to know him online in 2006 when he was about 15. We were both exploring the possibilities which online social media, blogging and podcasting offered for the Irish language, and we encouraged each other and shared our experiences.  When I turned a podcast into a radio series called An Líonra Sóisialta, and got it syndicated on seven radio stations across Ireland, Pádraig emailed his encouragement. He told me that he would download the podcast from the RSS feed in the morning and listen on his phone on the bus to school. Then he would hear the show again on his way home, as it was broadcast live on Raidio na Life.

It was no surprise to me that Pádraig continued his involvement with media and the Irish language as he grew up and went to college and, while we were no longer in touch, I would see his name pop up from time to time. It’s also no surprise to me that he inspires the kind of loyalty and support from the community at large that is in evidence at the moment.

Pádraig was involved in an accident last year which has left him in a coma, suffering from severe brain injuries. His case has focused a lot of attention on the Irish healthcare system, as his family revealed that they felt it necessary to move him to Germany as the treatment offered in Ireland was inadequate. The campaign to highlight the case, and to raise funds for Pádraig is online at caringforpadraig.org.

Snámh Phádraig takes place this weekend, as participants will attempt to swim off the coast of each of Ireland’s 17 coastal counties in a 2 day period.

This week’s An tImeall Irish language podcast (9:56; 6MB; MP3) dips into the archive for an extract from An Líonra Sóisialta, published in October 2006, which featured a clip from Pádraig’s podcast An Saol. You’ll hear the voice of a teenager, excited by the possibilities of culture and language and technology.  I hope we will hear that enthusiasm soon again. Treise leat a Phádraig!

The Truth about Crowdfunding
The Story Behind The Windows XP Wallpaper

24 Responses to Ar Scáth a Chéile: A Community Rallies for Pádraig