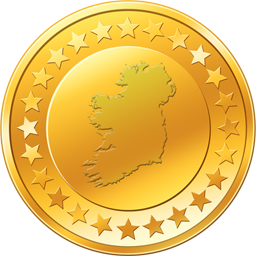 Antonie Geerts is one of the founders of Gaelcoin, a new cryptocurrency with an Irish flavour, and he is our guest on today’s podcast (19:48, 11MB, MP3).

Gaelcoin is based on Bitcoin, and limited to a total of 650 million coins.  1% have been ‘pre-mined’ and are being distributed free of charge to “Irish people”.  To claim your 50 free Gaelcoins, visit Gaelcoin.org.

The idea of a national cryptocurrency is the latest development in virtual money which includes Auroracoin in Iceland, Greececoin, Pesetacoin, Scotcoin and Mazacoin for the indigenous Lakota nation in America.

And Gaelcoin may face some competition from Irishcoin, announced on St Patrick’s Day, and promised to launch in “early April”.

Don’t we need regulation?  Antonie says that cryptocurrency needs time and space to develop first, but that some kind of regulation is inevitable and necessary.  He doesn’t see cryptocurrency replacing conventional currency, but he believes that it sends “a wake-up call that there is something wrong with the system and that people … want to see change”.

He admits to being attracted primarily by the technology.  Cryptocurrency is a clever solution to the ‘double-spending problem’, for which we have traditionally relied on financial institutions to act as third parties to verify transactions.  Bitcoin and its clones use a distributed peer-to-peer model to make it technically impossible to falsify the global record of transactions which is distributed across the wallets of all users.

Gaelcoin is currently available for Windows, and the source code is on Github.  The Mac OSX version is promised soon, along with mobile wallets for iOS and Android.

25 Responses to Gaelcoin Interview: a Cryptocurrency for Ireland [Audio]