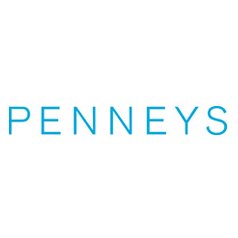 Here’s a fascinating way to lose a morning, and if your business is digital marketing it could be time well spent.  Social Bakers track brands across different markets on Facebook and generate a range of monthly reports which give a real insight into how brands and their social media marketing efforts are received in different countries.

The reports include the worldwide fan numbers of each brand’s page – but the regional reports are ranked based on how many of those ‘likes’ are from a specific country.  It’s no surprise to see Lidl Ireland at number 2, but where is Aldi?  Lyons Tea and Guinness are to be expected in the top 10, but that’s where social media marketing parts company with conventional wisdom.  Most of the other pages in the top 10 would not be on the tip of the tongue by the man on the street, if you’ll excuse the clichés.

Some, such as Amazon UK and boohoo.com rank high in Ireland because a relatively small proportion of their global ‘likes’ come from Ireland.  But for Irish-only brands such as Penneys (#1) and Lyons Tea, there’s evidence that they have done their homework online and cultivated the social media audience.

Many of the brands which rank highly in this report could be seen to appeal to younger, perhaps more online people.  That’s most striking in the media section which is dominated by radio stations such as the Spins (1038 and SW) iRadio and Today FM but it also speaks to the success of Irish radio in engaging with their audience online.  Something seemed amiss, however, and when I clicked through to the current overall media report for Ireland, I found it: TheJournal.ie and YouTube at the top of the list – although strangely absent from the September report.

These reports are based on the ‘Fans’ rather than on the ‘People talking about’ metric of brand pages.  It all depends on the context of course, but it’s worth noting that the ‘Fans’ number is more historical, rather than the ‘talking about’ number which counts user interaction (likes, shares, comments, tags, …) over the previous 7 days.  Sure enough, when I went looking for Aldi Ireland I found they were well down the list in terms of likes with only 98,000 versus Lidl’s 330,000.  But Aldi has 3,500 talking about it this week, compared to Lidl’s 1,600.  Which counts for more, do you think?

Woop.ie Selected for Matter Accelerator Programme
Win a VIP trip to Webit – or Pick Me!