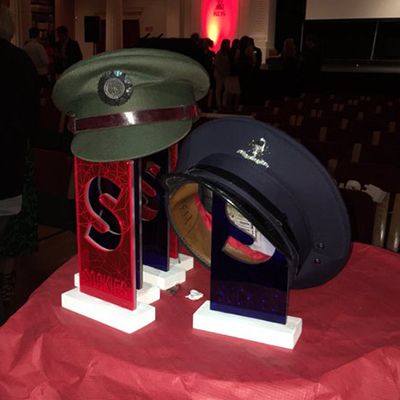 By Conn Ó Muíneacháin on May 26, 2016 in Events, General
0
SHARES
ShareTweet

In the centenary year of the Easter Rising, the Irish Defence Forces proved to be popular winners at last night’s Star-Wars-themed Social Media Awards, or Sockies, held at the RDS in Dublin.

The organisation, which recently ran a recruitment campaign targeting women, took the awards for non-profit organisations’ use of both Twitter and Facebook, as well as the award for Best Integrated Social Media Campaign. At the end of the night, it was announced that they had also won the Grand Prix.

Public service organisations were well represented, with Dublin Fire Brigade and Iarnród Éireann also among the winners. Lidl, Supervalu, Aer Lingus and HB Ice Cream were among the big brands to take awards. BreakingNews.ie took the award for a media company, while the Farmers’ Journal won for its mobile app and TG4 won for its use of Snapchat!

AIB and Permanent TSB represented the banking sector and Radical took the Sockie for Best Agency.

This is the video that won @AerLingus their gong last night https://t.co/ZcshU0tqoe #sockies16 It's okay to cry even at this hour

The event devoted several categories to SMEs, including Best Blog of an SME, won by Partnership International, and Best Use of Social Media by SME, won by Cuckoo Events. Awards also went to AA Roadwatch, Keogh’s Crisps and the Union of Students in Ireland.

Sockies 2016 was organised by Damien Mulley and his team, and presented by Rick O’Shea.