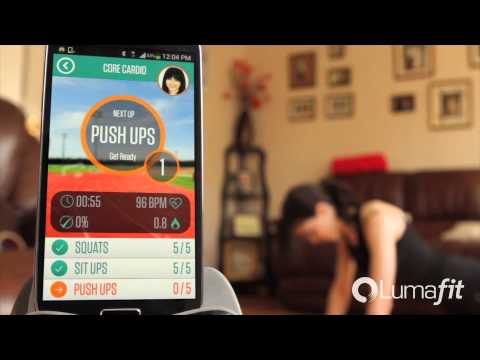 By Conn Ó Muíneacháin on May 26, 2014 in Gadgets, General
0
SHARES
ShareTweet

An Irish company has a unique new take on wearable computing which could revolutionise how we work out and relax.

Lumafit is the brainchild of Darran Hughes and Steven Hughes who realised that the wrist is the wrong place to monitor exercise: there’s just too much going on there. Instead, the Lumafit is worn behind the ear, tracking the movement of the head via  a 3-axis accelerometer, as well as recording pulse and blood oxygen levels via optical sensors. What’s more, it doesn’t just count your steps: it coaches you through your workout, and can even guide you through meditation using breathing biofeedback.

Lumafit is currently running a Kickstarter campaign and has already exceeded its goal of $60,000 with two weeks to go. They’ve added a stretch goal of $100,000 which will fund the development of a running style analyzer, and they are well on their way to achieving that.