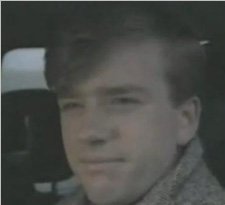 By Conn Ó Muíneacháin on December 28, 2012 in Podcasts
0
SHARES
ShareTweet

Brought to you by Blacknight it’s the technology.ie podcast, episode 53 for December 28th 2012, with Michele Neylon and Conn Ó Muíneacháin.

They say nostalgia isn’t what it used to be!   The ESB is certainly appealing to the Ghost of Christmas Past with the re-run of this old ad.  (Ironic that upload of this podcast was delayed by a series of weather-related power cuts today!)

Instagram alternatives “war”:  Flickr giving away 3 months of their Pro service.  500px offered 50% off for 1 day (bit silly – most would have missed it).  Loads of plugins for WordPress etc., to migrate photos to self-hosted.

Apple gets fined in Italy over selling Applecare.

Internet TVs not being used (except to watch TV of course!)

Complex Video For Holiday Greeting
The Rise of Android