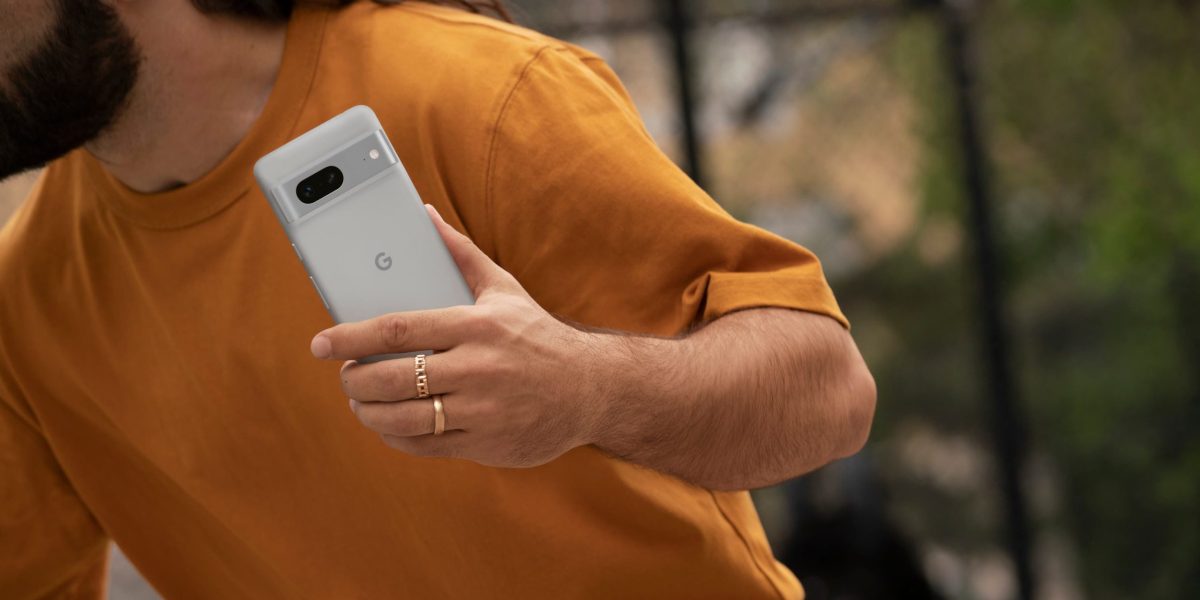 By Jonathan Thomas on October 10, 2022 in Gadgets, Mobile
0
SHARES
ShareTweet

The technology giant said the Pixel 7 and Pixel 7 Pro were more efficient and powerful thanks to the second generation Tensor G2 processor – Google’s own-made chip, which it says had helped boost performance on both devices using artificial intelligence.

Both phones have also been given camera upgrades including better zoom and macro photography tools as well as updated photo editing tools, such as Photo Unblur, which can sharpen blurry images.

The two new phones will go on sale on October 13 starting at £599 for the Pixel 7 and £849 for the 7 Pro, with the two devices looking to rival the likes of Apple and Samsung.

The Pixels will be joined by the tech giant’s first premium wearable – the Pixel Watch – which includes health and fitness features from Fitbit, the wearables company acquired by Google in 2021.

“Today, we’re introducing a true portfolio of Pixel products for the first time: the new Pixel 7 and Pixel 7 Pro and the very first Google Pixel Watch,” Google said of its new products.

“Every Pixel device is designed to deliver a level of personal intelligence that turns day to day problems into truly delightful experiences.

“This is what we have been building up to for a while: delivering a lineup of beautifully designed Pixel phones, watches and earbuds that work together to understand your needs and deliver the helpfulness you expect from Google.

Industry analyst Ru Bhikha, the mobiles expert at Uswitch.com, said the new device announcements showed “its mobile hardware can stand toe to toe with Apple and Samsung on innovation”.

“Google teased us with a brief glimpse of the Pixel 7 earlier this year but today has delivered a more in-depth look at its new flagship range,” he said.

“Last month’s iPhone 14 launch saw Apple save the biggest upgrades for its top-spec Pro models and it seems that Google has followed suit.

“Introducing the Tensor G2 chip in both handsets is a big step forward for Google, showing its mobile hardware can stand toe to toe with Apple and Samsung on innovation.”

Mr Bhikha also praised the pricing of the new Pixel phones, suggesting the devices were a good value alternative to the iPhone.

“A huge appeal of the Pixel 7 remains its price. While the upgrades may not be ground-breaking, Google continues to deliver great value for money,” he said.

“Both the standard option and the premium Pixel 7 Pro both cost less than Apple’s new handsets. Alongside the budget-friendly Pixel 6a launched earlier this year, Google is catering to all mobile users.”

Giant impact could have formed the moon more rapidly, new simulations indicate
One more thing to worry about: Heat from fingertips can be used to crack passwords, researchers find