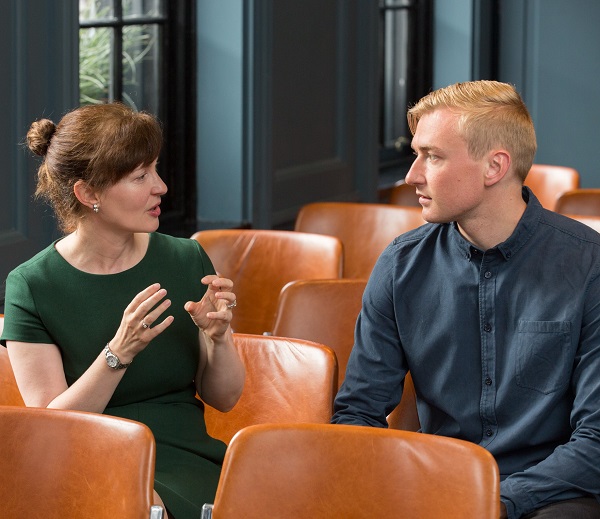 By Conn Ó Muíneacháin on June 15, 2016 in General
5
SHARES
ShareTweet

Hailo Ireland has today announced that it has passed 100,000 journeys on its Hailo for Business platform in Ireland. The announcement was made at a Hailo/The Dean business breakfast this morning, which focused on scaling technology businesses in the Irish market.

Clare Dillon, StartUp Programme Lead at Microsoft with Tim Arnold, General Manager of Hailo in Ireland, as Hailo announced that it has passed 100,000 journeys on its Hailo for Business platform in Ireland. Pic: Naoise Culhane

Ireland’s leading transport app, Hailo revealed that it now has over 500 business accounts, since the business service was launched just over two years ago. These include companies like Twitter, Blacknight, HSBC, PTSB, Paddy Power, Morgan McKinley and Core Media. Hailo for Business now accounts for 1 in 15 jobs on the Hailo network.

Hailo views the business travel sector as a key pillar for growth in the Irish market in 2016 and beyond. Head of Sales, Niall Carson, said that Hailo for Business was an obvious step for the company, which has been in the Irish market for nearly four years and has continued to grow rapidly in the consumer segment. Hailo now carries 45,000 passengers every day and has over 600,000 registered users. Hailo has completed over 13 million jobs since launch in 2012, carrying over 20 million passengers.

“At Hailo, we now have over 10,000 drivers nationwide, making us Ireland’s largest SPSV (small public service vehicle) fleet. Our business model, which works for both taxi drivers and consumers by making the taxi hailing process more convenient and traceable, has led to significant gains in the Irish market in the last year. At peak hours in Ireland – a Hailo hail is accepted every 2 seconds. This innovative service, that prioritises convenience, is a good fit for business users, looking to travel between meetings or prebooking for airport trips. We are currently signing up dozens of new accounts each week and it is the fastest area of growth in the company right now. Hailo for Business will continue to be a key focus for us as we scale in Ireland. ”