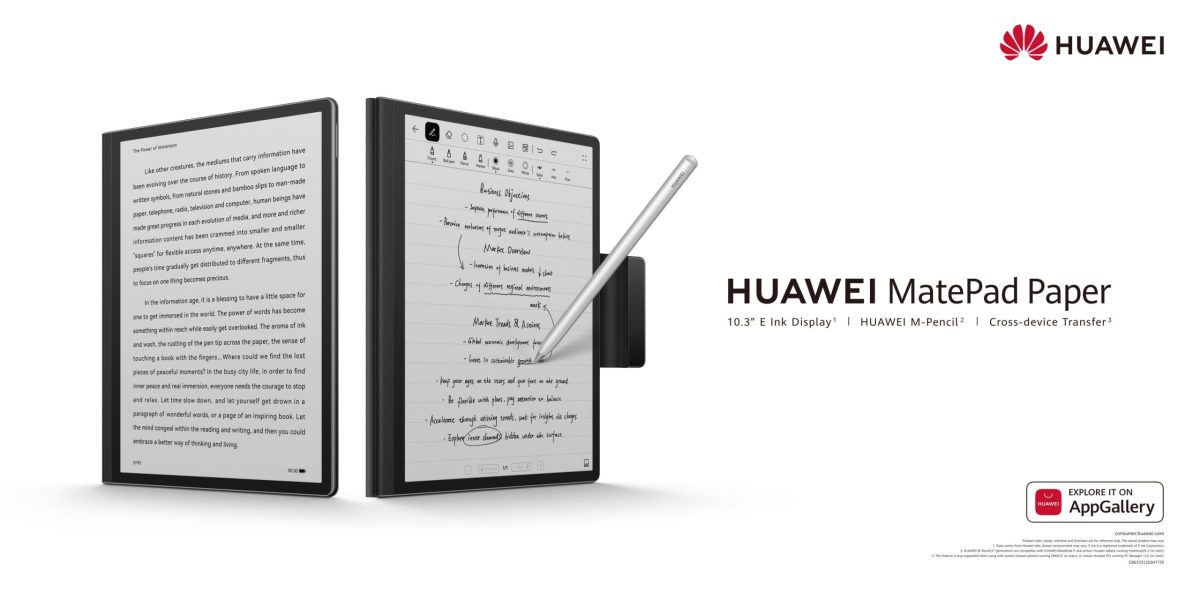 By Jonathan Thomas on February 28, 2022 in Gadgets
0
SHARES
ShareTweet

Chinese manufacturer Huawei has unveiled a wide range of new gadgets, including its first all-in-one PC and e-ink tablet, as it looks for new ways to bring in customers.

The electronics giant has broadened its product range in recent years after US sanctions cut off the firm’s access to the hardware and software used to power its smartphones, which once rivalled Apple and Samsung in market share.

Ahead of the Mobile World Congress (MWC) trade show in Barcelona, announced a new flagship MateBook X Pro laptop and MateBook E two-in-one laptop, a new MatePad tablet powered by its HarmonyOS operating system, the company’s first-ever printer and a portable speaker alongside the MateStation X PC and Amazon Kindle-rivalling e-ink tablet, the MatePad Paper, which can also be written on using a Huawei stylus.

Speaking at the unveiling, Richard Yu, chief executive of the Huawei Consumer Business Group, said the firm was determined to keep moving forward.

“We are facing big challenges, and it’s really been a tough time for us, but we have not been discouraged,” he said.

“We keep bringing the cutting edge technology, the innovative products and services to global consumers.”

The broad range of new Huawei devices now sees the company look to compete in new areas with big-name rivals including Apple, Samsung and Amazon.

The MateBook X Pro laptop has been designed to rival Apple’s MacBook range, while Samsung is reportedly also due to unveil new laptops at MWC, while the MateStation X all-in-one PC suggests Huawei is looking to further establish itself in the PC market.

Huawei’s new MateBook E two-in-one device, combing a laptop and a tablet, will also be seen by many as an attempt to challenge Microsoft’s Surface range of similar devices, while the MatePad Paper is a clear effort to rival Amazon’s Kindle line-up of e-readers, although notably, Huawei’s device supports the ability to also write notes.

As well as the new gadgets, the Chinese firm introduce a new feature it calls Super Device, which enables users to link together different mobile devices with their PC as the central hub, to more easily and quickly share files and work across platforms.