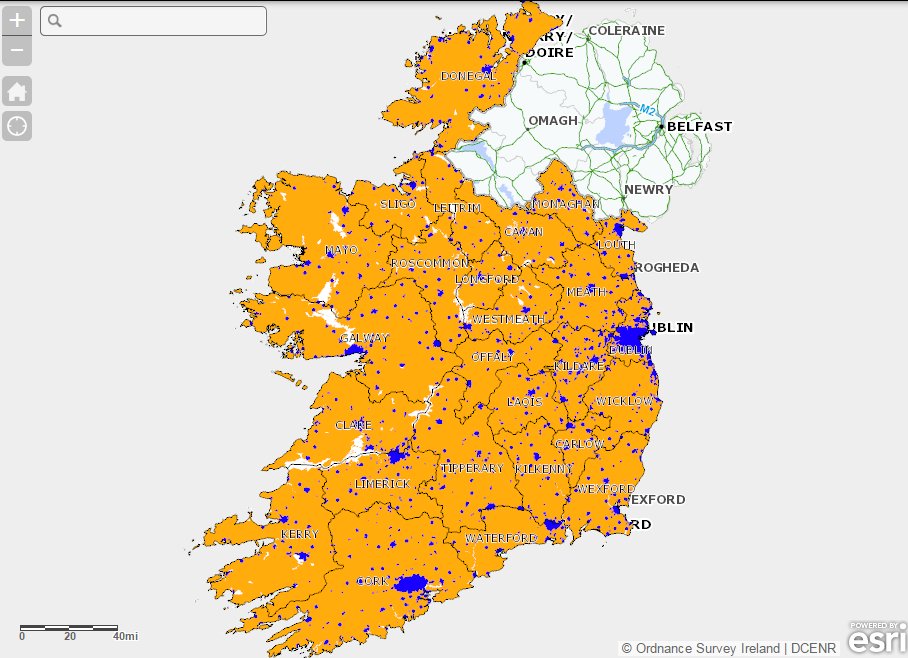 By Conn Ó Muíneacháin on November 24, 2014 in General
24
SHARES
ShareTweet

The Minister for Communications, Energy and Natural Resources, Alex White TD, today published online national and county maps that identify the homes, businesses and schools where commercial providers will deliver high-speed broadband access by the end of 2016. Minister White said that the State would invest in all the remaining areas to ensure that every home, school and business in Ireland has access to high-speed broadband, regardless of where it is located.

The maps, which allow the public to identify their own premises to see whether their high-speed broadband will be provided by a commercial operator or through State intervention, can be accessed at broadband.gov.ie. The website also carries county-by-county statistics on planned broadband coverage.

Launching the maps and an accompanying consultation document in Doolin, County Clare, the Minister said his department plans to issue a public tender for the state intervention by the end of 2015.

“The delivery of high quality broadband is about ensuring that our citizens in rural Ireland have the same life chances, and the same access to information, culture, ideas, social interaction and opportunity that people in urban areas can enjoy. It’s also about jobs in the rural economy. By ensuring access to high quality broadband we will help attract investment and ensure that businesses in rural Ireland can stay in rural Ireland. We will also enable people to live in their local communities and work from home if that works for them. And it’s about families and communities – helping us keep in touch with loved ones, enabling our children to use the internet as a rich learning resource at school and at home, and giving people rapid access to a full range of public services.”

A consultation on the content of the maps, which closes on 12th February 2015, will ensure that they accurately reflect the extent of planned state investment in high-speed broadband infrastructure. This is necessary to ensure that the State intervention does not compete with commercial provision, as is required under EU state aid guidelines. The map shows that:

Minister White said the next phase of the intervention strategy would be completed by summer 2015, after which he would move quickly to the procurement phase of the project. In the first half of next year, officials will be:

The following infographic, published by the Department, indicates the next steps in the plan: 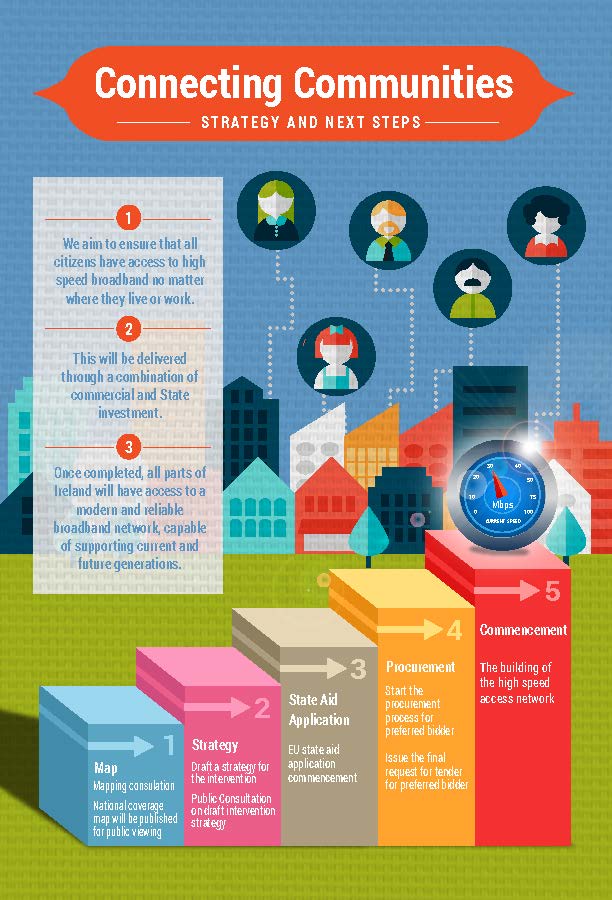