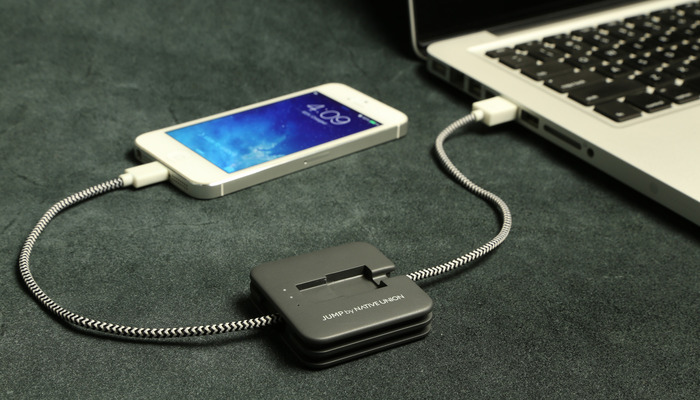 By Conn Ó Muíneacháin on January 13, 2014 in Gadgets
0
SHARES
ShareTweet

Native Union only needed $40,000 to fund their Kickstarter project for a battery-booster built into a USB cable – but they’ve already cleared $137,000 in a matter of hours and there’s still 30 days to go!

The simplest ideas are the best, of course – by which I mean: things that help to solve a simple, universal problem in an elegant way.  Smartphones are wonderful, but by now we all know that connectivity is not the problem when you’re mobile – battery power is!

The Jump, by Native Union is a smart charger built into a cable.  So go ahead and charge your phone – and when that’s done, Jump will charge itself!

The best part is the price – at $35 (plus $10 for shipping outside the US), the Jump is a no-brainer.  In fact, why buy one, when you can have 2 or 3 in your bag?  Which probably explains why their Kickstarter is going so well. 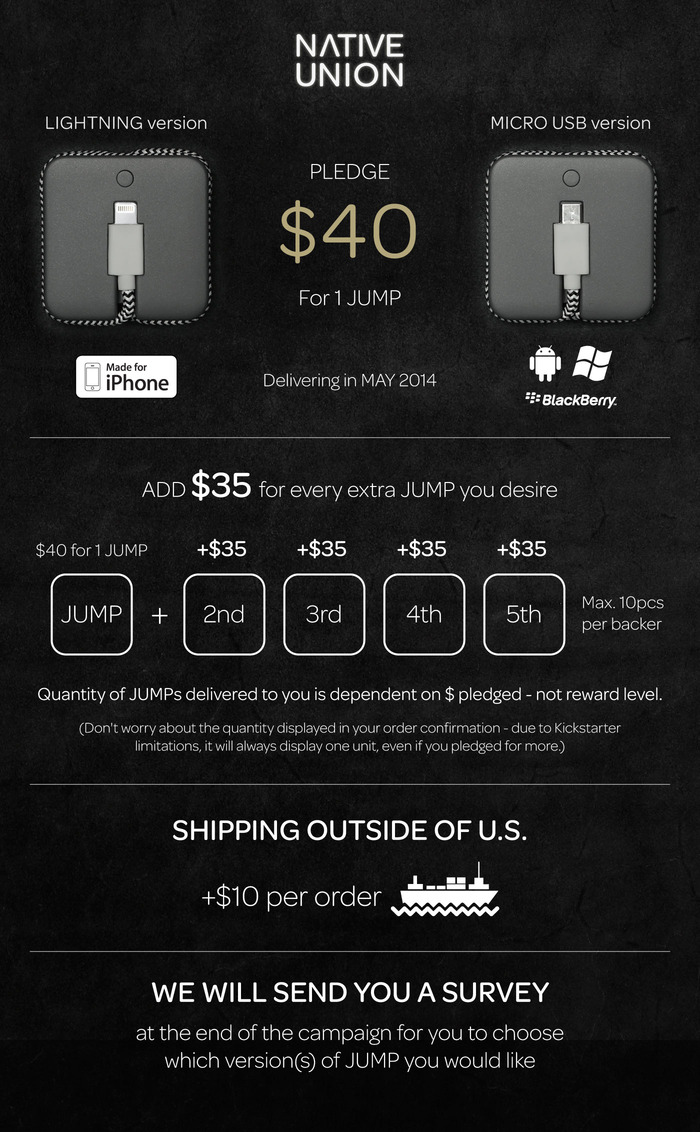