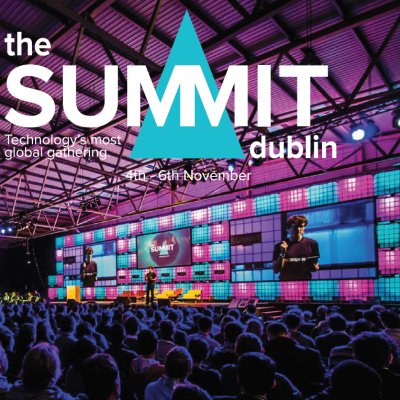 If you’re thinking of attending The Summit in Dublin in November, today’s your last chance to to get the Super Early Bird three-day ticket, for €525. Prices go up by €1000 at midnight, but please note that is midnight Pacific Time, appropriately enough for an event with its feet on the ground in Dublin, but its head in The Cloud. So there’s just over 6 hours to go (7pm, Irish time).

Already more than 60 of the planned 350 speakers have been announced, including the founders of Stripe, Dropbox, Tinder, Hailo, Waze, Foursquare and Flipboard, investors and inventors, thinkers and commentators, Tim O’Reilly and the man who fired Steve Jobs.

It’s much more than the speakers, however, and if you were there last year, you know that The Summit is one of the biggest gatherings for technology in the world, and unique from an Irish perspective. If you’ve been thinking about attending, today may be Decision Day!