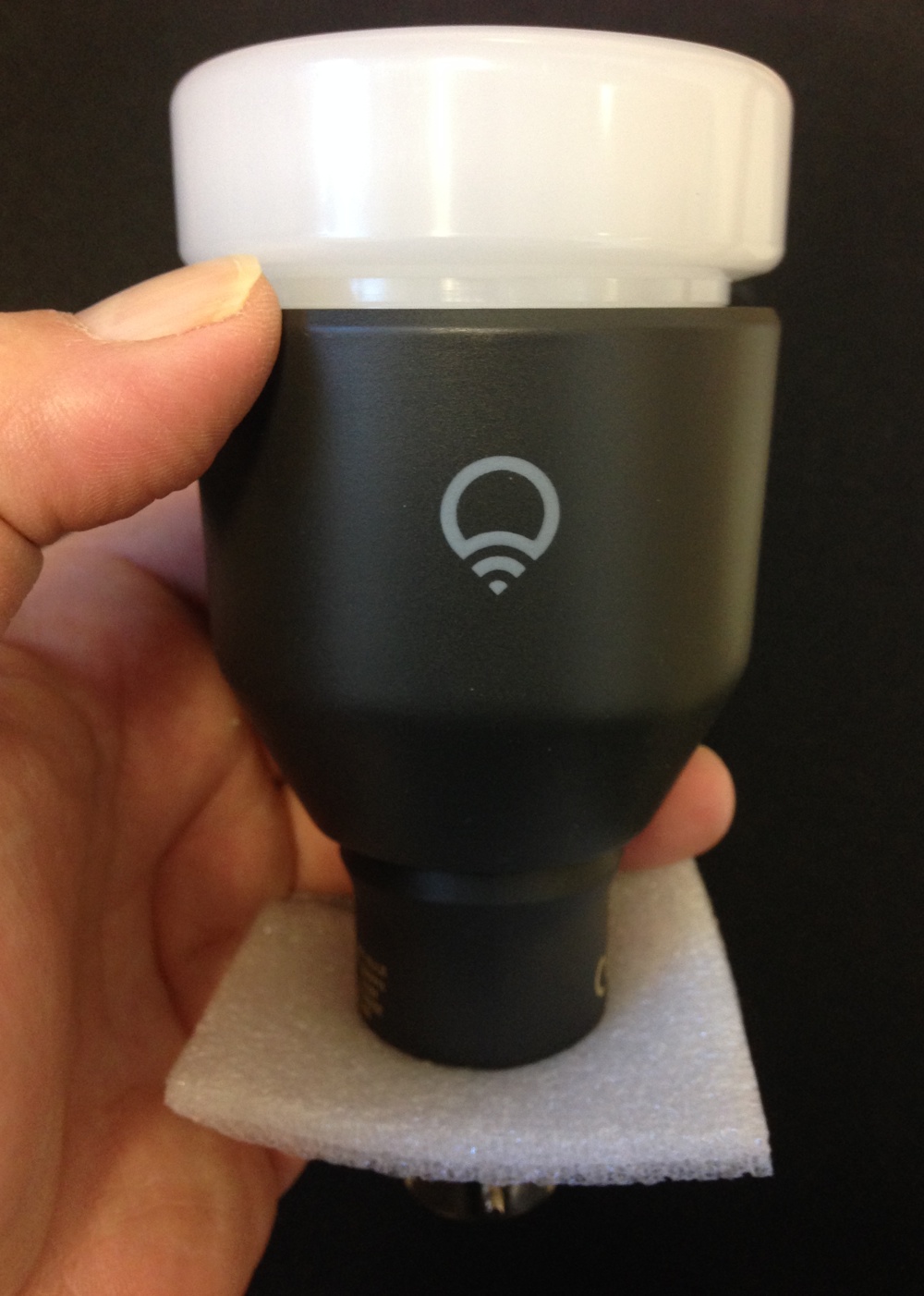 By Michele Neylon on January 8, 2014 in Gadgets
3
SHARES
ShareTweet 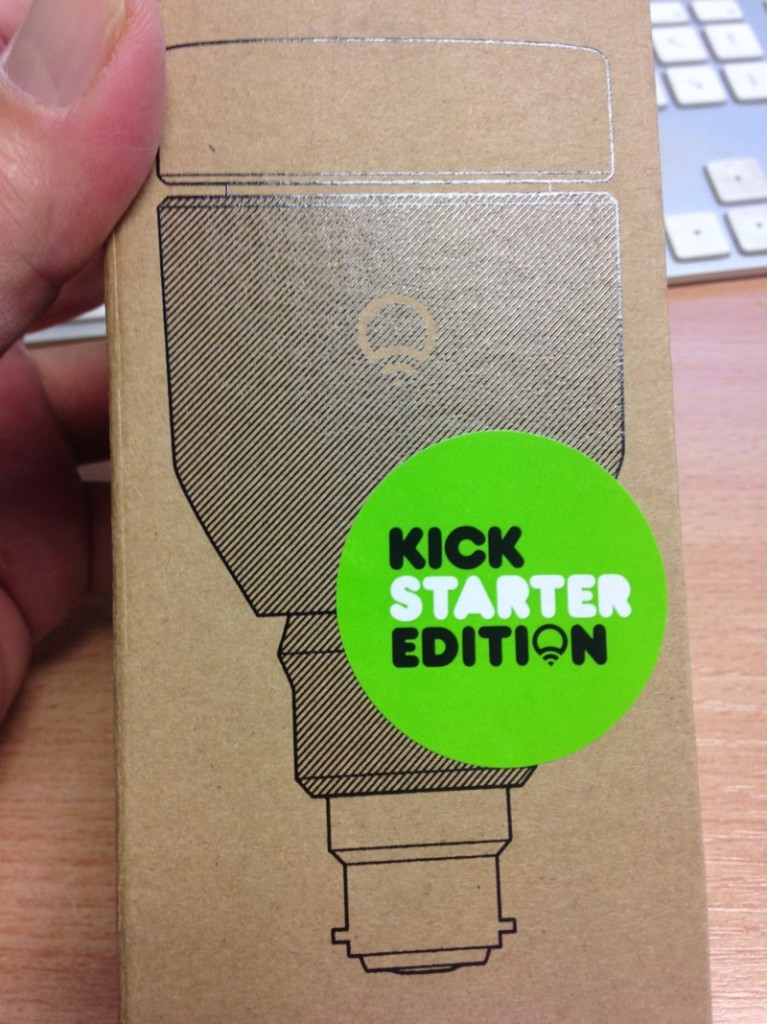 I mentioned the LIFX back in September 2012. It was one of those cool gadgets that crop up on KickStarter and I, like a LOT of others, was really impressed, intrigued and wowed by what we saw. The KickStarter project was a huge success and they managed to get over $1.3 million in funding when they’d only requested $100 thousand!

So it’s been a long time coming, but I finally took delivery of my first two LIFX this morning. Sure, they’re a lot later shipping to backers like me than originally predicted, but that’s part of the fun of backing something on KickStarter. In the interim the guys from LIFX have kept us all up to date on developments and hopefully they’ll be able to deliver on the SDK and other goodies soon. 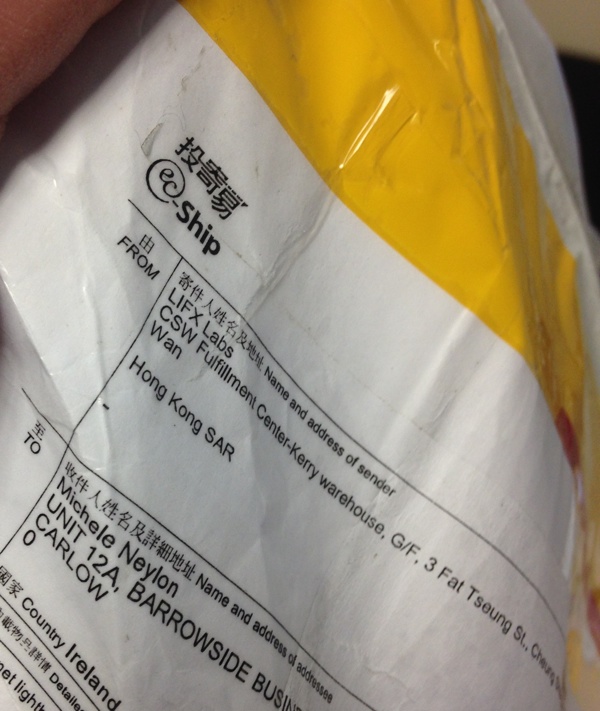 Of course an envelope is just an envelope and I really wanted to see what was inside. Light bulbs are a bit like eggs – if you drop them they make a terrible mess and so getting light bulbs shipped to people around the globe without any breaking requires careful packaging. The guys at LIFX definitely got that right – they were packed very carefully and there was plenty of bubble wrap in the bigger envelope containing my two boxes.

On the outside you have that nice big KickStarter edition label (see above) and the tech specs: 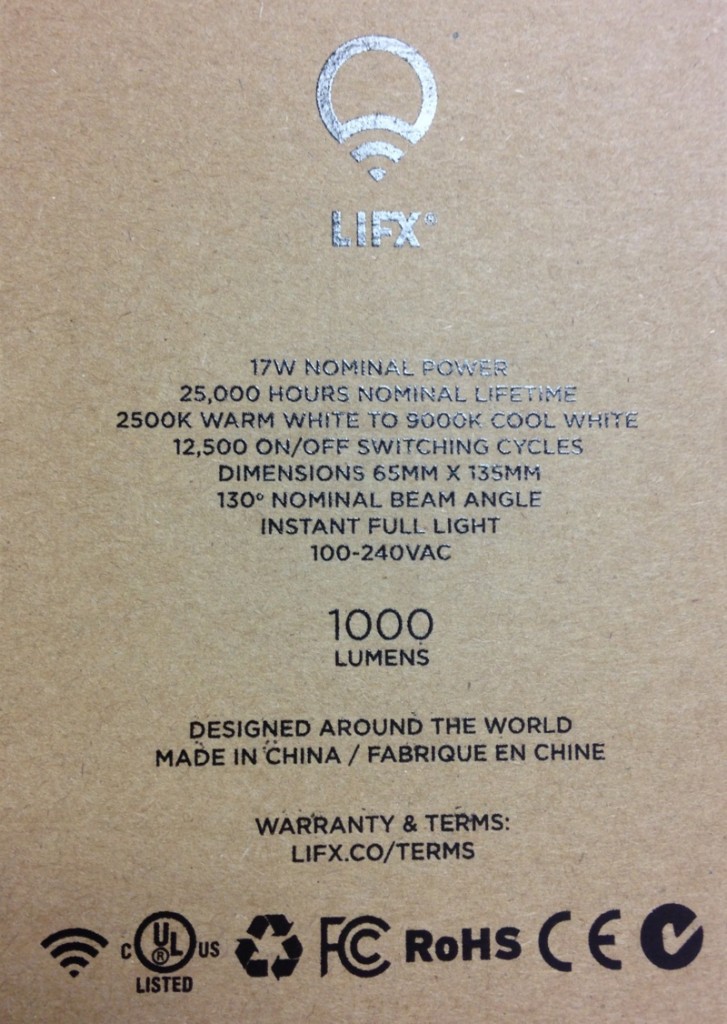 and yes it is very efficient: 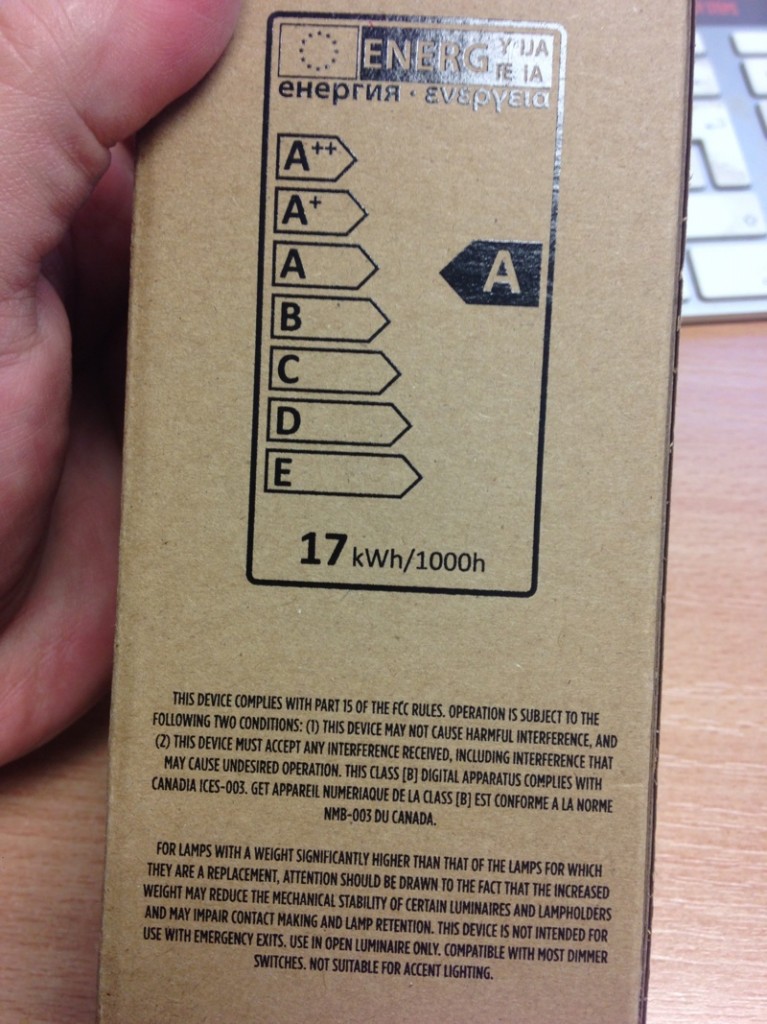 And it’s incredibly easy to setup (well sort of – more on that below): 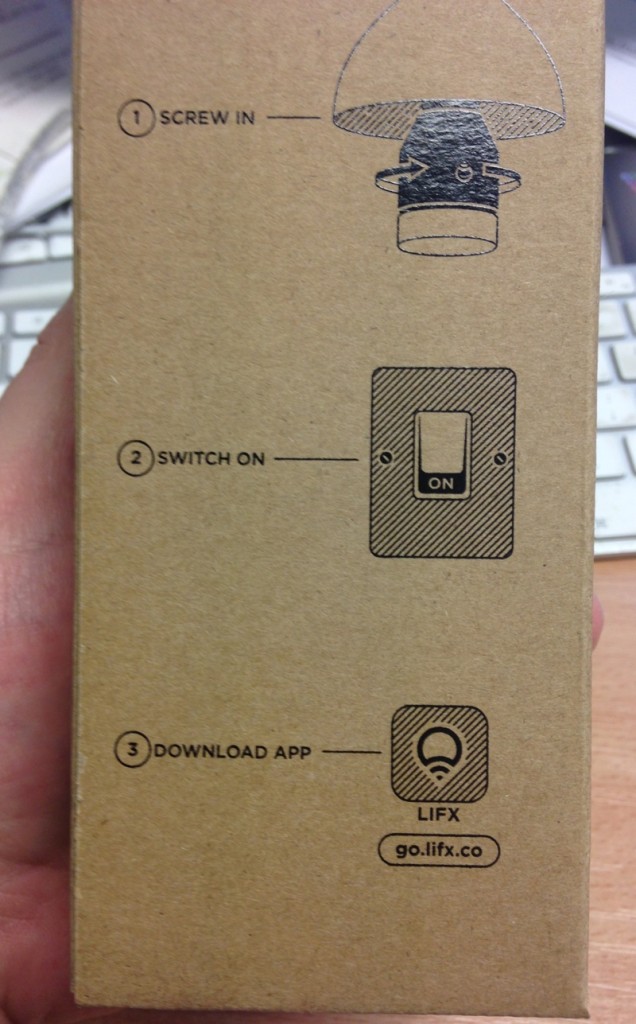 I’d opted for the gun metal grey bayonet style bulb, as I’m sick of white bulbs and most of my light fittings are bayonet style. 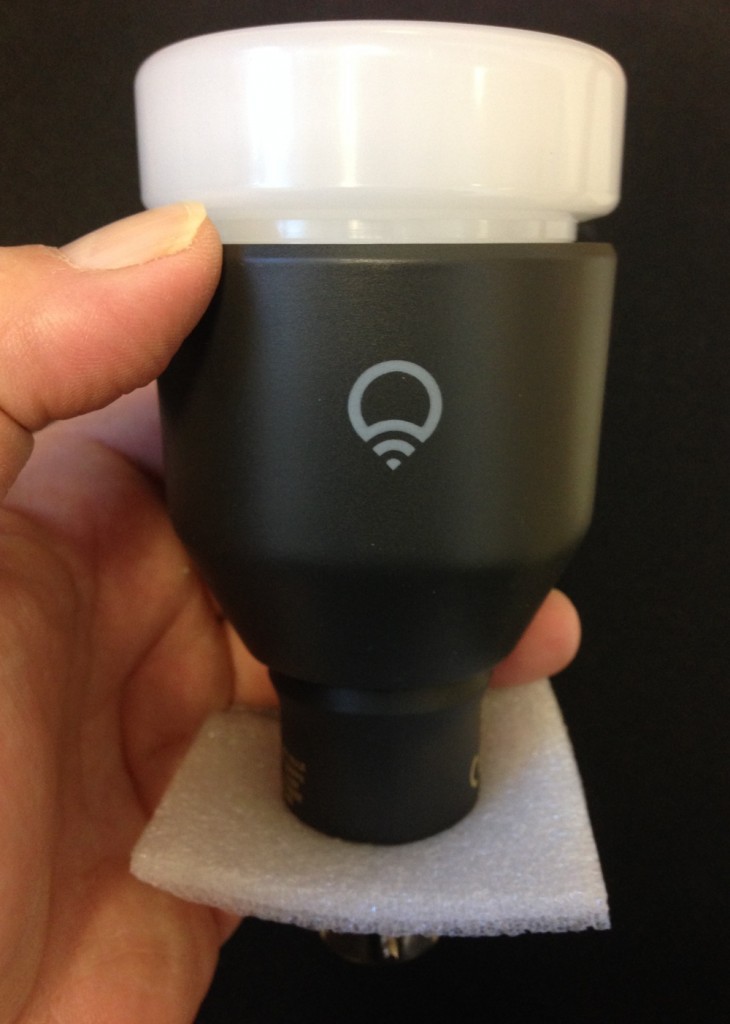 Again – plenty of wrapping to protect the bulb.

Unfortunately I couldn’t set it up until I got home this evening, but quite a few of the Blacknight team were in and out of my office throughout the day to get a look at them. (Yeah, they’re a curious bunch and this kind of tech is cool)

As per the  instructions on the box, setup is dead simple.

Download and install the LIFX app on your iPhone. Screw the bulb into the socket, turn it on and then follow the instructions.

Once you’ve connected to the LIFX and configured it to work with your WIFI then you’re “good to go”. Bear in mind that the initial connection might take a while, so you have to be patient. The iPhone app is easy to use and you can set the light’s brightness and play with the shades of white or play with colours. You can also save any “scenes” you like to reuse.

I’ve got two LIFX at the moment though I haven’t installed the second one yet. The app shouldn’t have any issue controlling multiple bulbs, but I’ll know more about that when I get to play with it.

At the moment the options in the app are fun to play with but not everything previously advertised is available (yet). Judging by the updates they’re posting via their Twitter account I should see more options becoming available via the app in the next few weeks.

They had spoken about a number of options on their Kickstarter project page that really enticed me:

Unfortunately at time of writing a lot of the features listed above aren’t available, but being able to tweak the more “basic” stuff and control it all from my phone is cool. This is the “internet of things” in action 🙂

I’m excited to see what they do over the coming weeks and months!