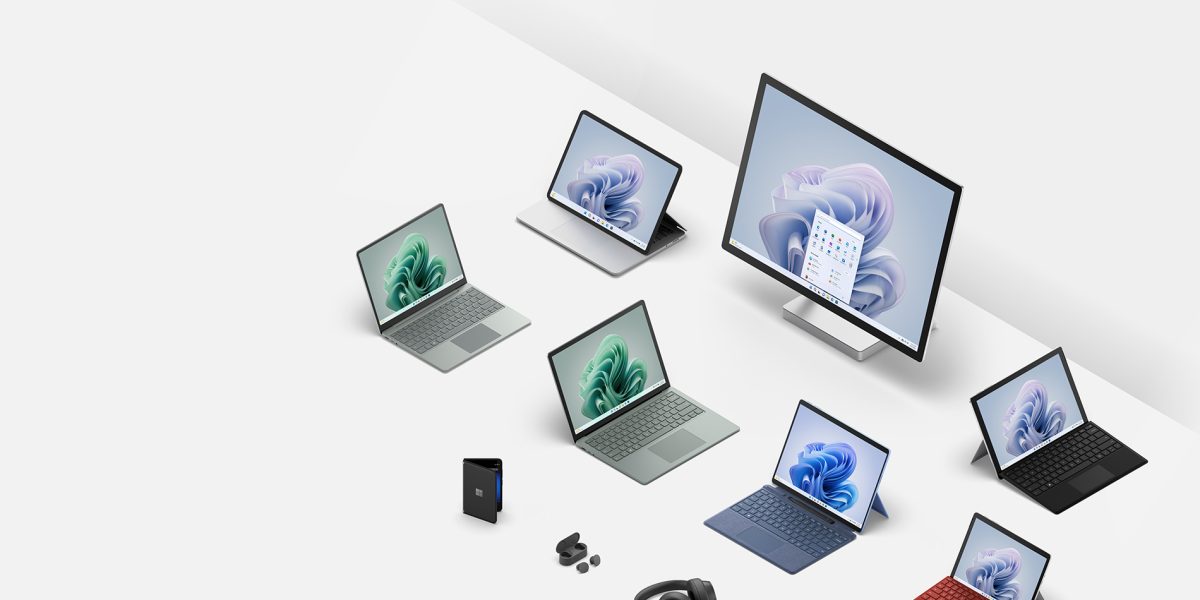 By Jonathan Thomas on October 12, 2022 in Gadgets
0
SHARES
ShareTweet

Microsoft has unveiled a new range of Surface devices which it says marks the start of a “new era” of computing.

The tech giant’s chief product officer Panos Panay said the ability to use touch, voice, a stylus, and smart gestures to interact with the new computers showed how far the technology had come from the days of just keyboard and mouse control.

The firm’s new Surface line-up includes the Surface Pro 9, the latest version of the company’s flagship 2-in-1 hybrid device – a tablet screen and stand that comes with a detachable keyboard and so can be used as either a tablet or a laptop – which has been hugely popular with consumers over the years.

“There’s a reason why Surface Pro remains the 2-in-1 to beat, and it comes back to the original vision the team shared a decade ago that merged the benefits of a powerful laptop, versatile tablet, and ink-ready studio,” Mr Panay said.

However, one industry expert noted that Microsoft’s upgrades appeared to be only “incremental” and aimed at keeping its product line “fresh”.

Microsoft also announced the Surface Laptop 5, which Microsoft says is more than 50% more powerful than its predecessor thanks to a new Intel processor, and also comes with touchscreen support and “all-day battery life”.

The new computing range is completed by the Surface 2+ – an updated version of the eye-catching large-screen desktop which is designed to be used like an artist’s canvas and can be folded down into a range of angles to draw and work on.

In addition, Microsoft confirmed that a new set of Adaptive Accessories to help those with a disability more easily use their PC will go on sale this autumn.

The accessories have been designed for those who may have difficulty using a traditional keyboard and mouse.

Commenting on the new range of devices, industry expert Ben Wood, chief analyst at CCS Insight, said: “Compared to previous years this is a relatively incremental update to Microsoft’s Surface line of products.

“This appears to reflect a wider trend in 2023 where tech companies are taking existing products and making small improvements to keep the product line fresh.

“There’s nothing wrong with that, but it reflects the slowing innovation curve when it comes to PCs, smartphones and other consumer electronics devices.”

During the event to unveil the new devices, the US firm also announced two new apps that are powered by artificial intelligence.

Mr Panay said Microsoft Designer would use AI to generate designs and images as a user needs them for whatever content they want to create.

“This is an amazing example of the power of cloud-based AI and what it means expressed through an application,” he said.

“Designer helps you create from your own content or ideas and makes it easy to design social media posts, invitations, and much more, fast.

“It also automatically helps you get a variety of unique images and designs that are generated just for you. I’m so excited for this app, it’s going to be a game changer for me personally.”

Meanwhile, a new Image Creator app, which will enable users to generate their own images by entering a description into an AI-powered app, is to be integrated into Microsoft’s Bing search engine and Edge web browser.