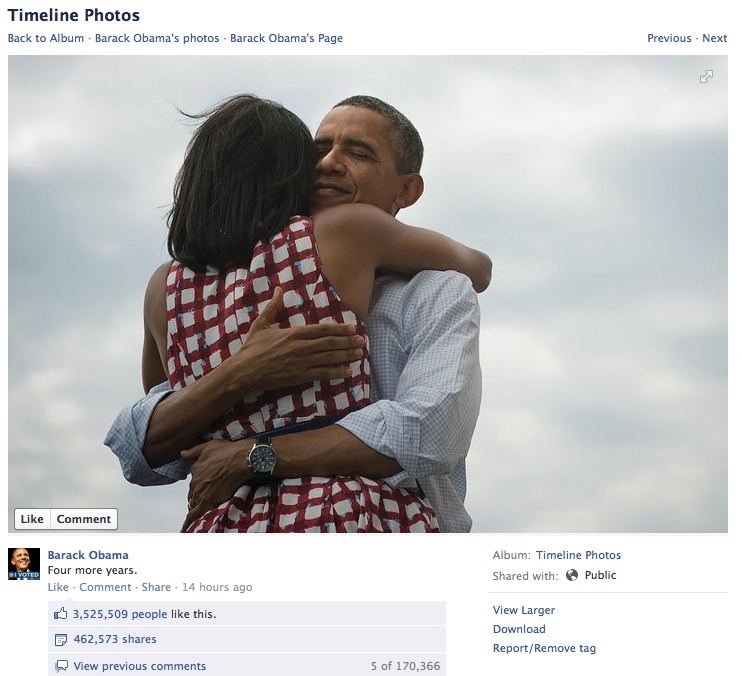 By Michele Neylon on November 7, 2012 in social media
0
SHARES
ShareTweet

The importance of social media and the internet in general during this year’s US Presidential elections is probably going to be talked about for months if not years.

But what is really fascinating to see is that Obama’s official social media channels on Facebook and Twitter broke records by themselves.

Around 4am this morning (Irish time) Obama’s social media team sent out this tweet with a photo of the President and First Lady:

The previous “most popular” tweet was sent out by Justin Bieber and has been retweeted (at time of writing) 223,434 times.

RIP Avalanna. i love you

Meanwhile over on Facebook the same shot of the Obamas embracing broke the records over there too with (at time of writing) 3,525,509 people “liking” it:

So are we likely to see politicians around the world trying to adopt social media more? I guess the answer to that question is pretty obvious!