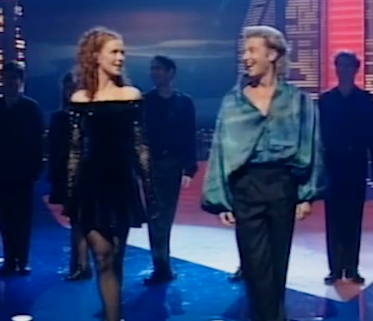 By Conn Ó Muíneacháin on April 30, 2014 in General
0
SHARES
ShareTweet

I remember being tired and cross. My wife (then fiancée) and I had just arrived home after a journey. We had been listening to the Eurovision in the car and I was already wound up by Gerry Ryan’s bad French. We may have had an argument. I remember going out to the shop in a bit of a huff as the Riverdance act was being introduced. I was back with the milk 10 minutes later and Margaret was excited about what she had just seen. She had taped it, so I watched it and I was excited too. We got married later that year.

Riverdance is 20 years old today, and over on Facebook they are asking: where were you?