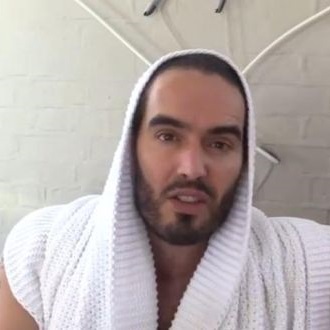 We featured Russell Brand’s cover of Parklife earlier this week – a collaboration with Irish band, the Rubberbandits. Afterwards he tweeted that he planned to address the Irish Water controversy. Now he has:

It’s a bit of a rant, and as you might expect, he’s a little behind the curve on Irish politics. There’s also the obligatory attempt at an Irish accent and he seems to skip wildly from one idea to another.

However many will agree with his point that

Of course it’s easy to make fun of mainstream news reports (and making fun of things is Brand’s job, after all). This is the latest in a series of YouTube videos by Brand called The Trews. The line-by-line critique brings to mind the long running podcast No Agenda, by podcasting pioneer Adam Curry and veteran journalist John C Dvorak. Brand’s mockery of a slightly camp BBC reporter is somewhat ad hominem, but he has a point when he says:

“You don’t have to have the whole news made out of puns! Just tell us what the fucking hell is going on!”