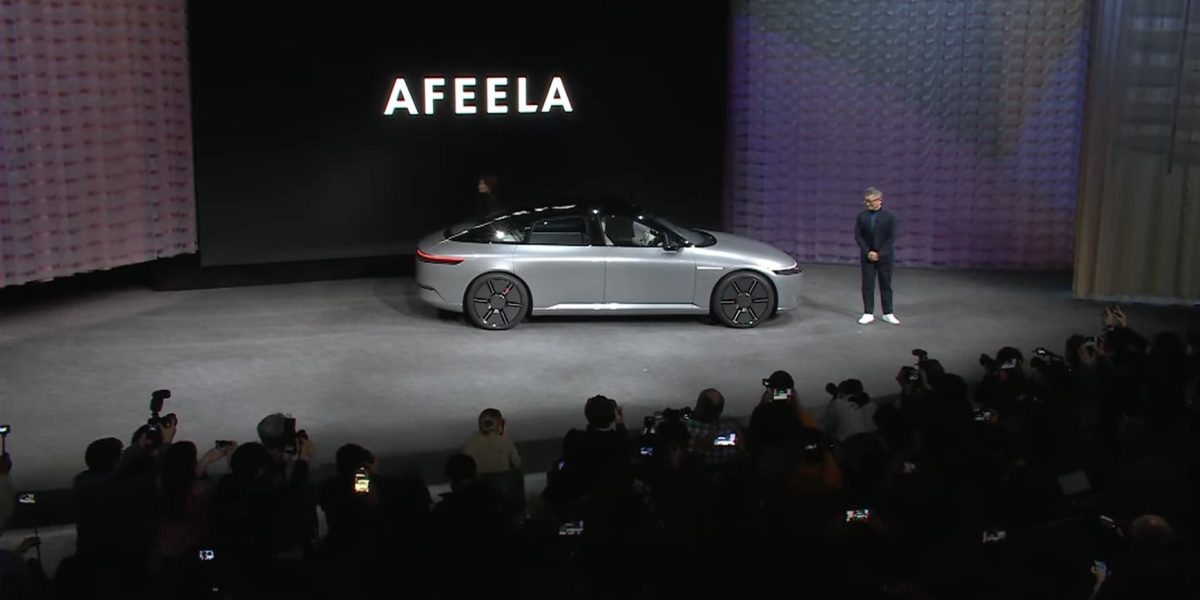 By Jonathan Thomas on January 6, 2023 in Cars, Gadgets
0
SHARES
ShareTweet

Sony and Honda have unveiled their new electric car brand and said they hope to have the new company’s first vehicles on the road within four years.

The technology and car giant’s joint venture is called Afeela, with a prototype electric car appearing on-stage at Sony’s press conference ahead of the CES technology fair in Las Vegas, which opens on Thursday.

Many of the car’s key specifications are still to be revealed, but Yasuhide Mizuno, chief executive of the Sony Honda Mobility Group said it would combine “Sony sensors and Honda safety”, with the car set to feature 45 cameras and sensors inside and out which will monitor the car’s condition and surroundings, but also the driver.

Sony also said it would use its expertise in gaming and entertainment to create a unique in-car experience for passengers – concept images of the inside of the car show an array of screens and interactive environments.

The front of the car also includes a Media Bar, which the tech giant said could be used to share information with people around the electric vehicle including warnings and charging details.

Mr Mizuno said Afeela hoped to begin sales of the car in 2025, with those first vehicles delivered to North America by spring 2026.

Elsewhere at its CES preview event, Sony confirmed it would have more than 30 games available at launch for the new PlayStation VR2 headset, which goes on sale in late February.

The headset connects to the PlayStation 5 to enable wearers to play games in virtual reality.

Sony Interactive Entertainment chief executive Jim Ryan said the second-generation headset will enable users to “escape into worlds like never before” and “take gaming to new heights” as it harnesses the power of the PlayStation 5 console.

Mr Ryan also confirmed Sony was working on a new accessibility controller kit, currently known as Project Leonardo, to enable those with disabilities to play video games more easily by allowing them to build their own custom controller.