By Conn Ó Muíneacháin on November 10, 2011 in Podcasts
20
SHARES
ShareTweet 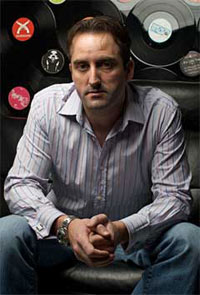 Brought to you by Blacknight, it’s The Technology.ie Podcast, Episode 7, with Conn Ó Muíneacháin and Michele Neylon.  Our guest this week is Paul Walsh of Metacert, a company with a mission to certify adult content on the web so that users can restrict access, for children in particular.

First, a hat tip to Kila!  Do you like our signature tune?  It’s called Her Royal Waggledy Toes!

Down to business!  Michele reports his recent visit to Sofia, Bulgaria, where the demand for Internationalised Domain Names is driven by the requirements of the cyrillic alphabet.

Google+ has opened up to non-humans!  From this week users can create pages for organisations, brands and businesses.  But could they have put a little more thought into this?  Michele points out that you can’t add other users as administrators of the page.  Conn is frustrated by Google IDs in general.  Different types of Google ID support different services, and multiple sign-in is poorly implemented and leads to conflicts, even (or especially!) in Google’s own chrome browser.

Shout out to Aido, who loves the show!  🙂 Thanks Aido and good luck with Redeem&Get!

Michele is going to the Eircom Spiders Awards.  Conn is astonished to discover that Michele doesn’t have his own tuxedo! 😉

Paul Walsh joins us in part 2 of the show.  His company, Metacert, is on a mission to certify 100 million web pages before the 1st of December!

Metacert is building a database of webpages based on whether or not they contain pornography.  He’s quick to clarify that they make no judgements as to what is appropriate for users.  That is left to end users to judge for themselves, but Metacert provide the tools to allow people to make that informed decision before they view the page.

Metacert are providing their end-user tools free to parents, but they’re also offering free access to their database for the first 3 ISPs or Telcos to get in touch with Paul at Metacert.Com!

Paul is moving to San Francisco to run Metacert HQ from there, but the company will run its media operations from Ireland.  We wish him and his wife Sheetal all the best in the Valley!