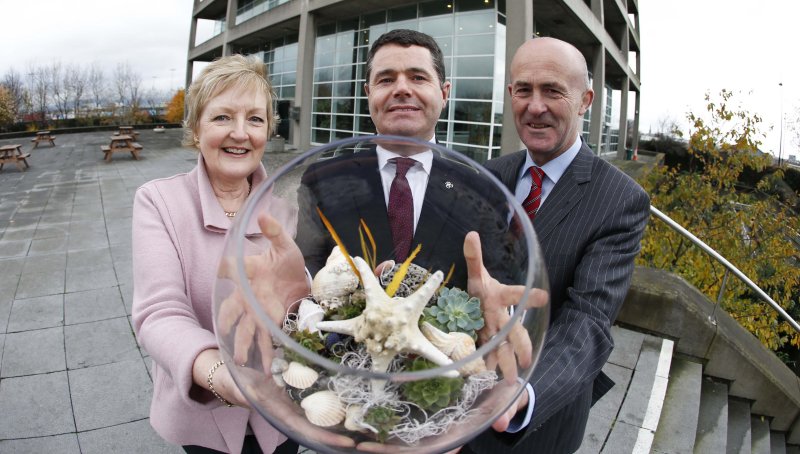 By Conn Ó Muíneacháin on November 17, 2014 in General
0
SHARES
ShareTweet

The Minister for Transport, Tourism and Sport, Paschal Donohoe, TD, today launched Dublin Port Company’s first Sustainability Report. The new report, to be published annually, provides an account of Dublin Port Company’s sustainable development responsibilities, challenges and achievements from the previous year with regard to economic, environmental and social considerations.

At the launch of the new report, attended by customers and staff, local community groups, individuals, and elected representatives, Dublin Port Company and the Sustainable Energy Authority of Ireland (SEAI) also signed a joint energy efficiency agreement. As a member of the Public Sector Energy Partnership Programme, the agreement means that Dublin Port Company and SEAI will work in partnership to achieve a target of 33% energy efficiency savings and improvements by 2020.

Education scholarships were awarded to 34 local students in 2013, bringing to over 100 the number of people Dublin Port Company currently supports in higher education. Since the company’s scholarship programme was founded in 2001, over 600 students have received financial support to pursue third level education courses.

Dublin Port Company also continued its support for Ringsend & District Response to Drugs (RDRD). The project works with families in challenging circumstances such as drug addiction, domestic violence, poverty and alcoholism. In 2013, the project provided support services to 228 families in the local community, a 28% increase on the 178 families it supported the previous year.

In 2013 Dublin Port Company embarked on a three-year Dublin Bay Birds project with BirdWatch Ireland, a new programme of waterbird monitoring and research. The project examines in greater detail how birds use Dublin Bay for feeding and roosting, while investigating their movements between Dublin Bay and neighbouring wetlands. The 2013 highlights include the individual marking of 118 Oystercatchers with coded rings, bi-monthly waterbird counts and additional surveys, as well as the construction of a new temporary nesting site in the Tolka Estuary since colonised by the terns. Dublin Bay is one of Ireland’s most important wetlands for migratory wintering waterbirds and holds the fourth largest breeding tern colony in Ireland.

“Dublin Port Company is dedicated to operating a sustainable port that is good for business, the city of Dublin and its citizens. It is imperative that we give an account of our stewardship and Dublin Port’s journey to greater sustainability that will facilitate not only a thriving economy, but also a vibrant sea- and cityscape for this generation, and future generations to come. On behalf of Dublin Port Company, I thank Minister, Paschal Donohoe, TD for officially launching our first Sustainability Report today.”