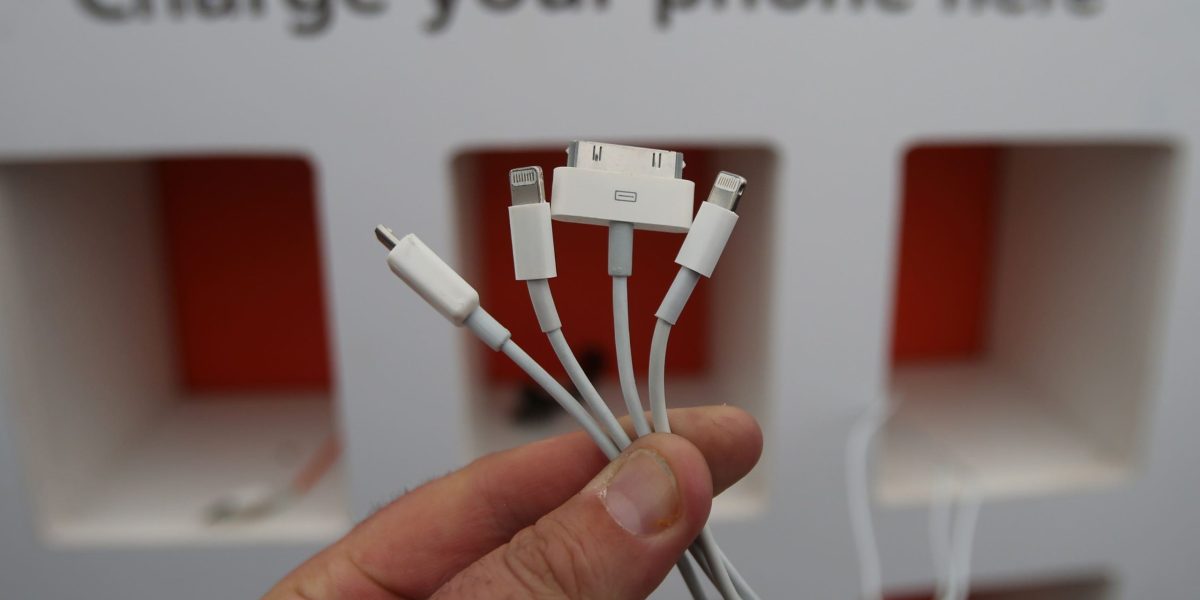 Small electronic devices sold in the EU will be required to use the same charging cable by 2024 after the European Parliament voted for the use of a common charging solution.

By the end of 2024, all mobile phones, tablets, cameras and other small or medium-sized electronic devices sold in the EU will need to be equipped with the UBS-C charging port, with the rules extending to laptops in 2026.

The decision will have a substantial impact on Apple’s iPhone which is the only major smartphone not to already use the cable – although the firm’s iPad tablet range has done since 2018.

The UK currently appears unlikely to follow the EU’s decision with the Government saying in June that it was not currently considering introducing a similar rule.

The new guidelines were provisionally agreed upon in the summer but have now been approved by the European Parliament and are expected to receive final approval from member states later this month.

The EU said the change would reduce hassle for consumers and help cut electronic waste by removing the need to buy a new charger each time a device is purchased.

“We have waited more than 10 years for these rules but we can finally leave the current plethora of chargers in the past.

“This future-proof law allows for the development of innovative charging solutions in the future and it will benefit everyone – from frustrated consumers to our vulnerable environment.

“These are difficult times for politics but we have shown that the EU has not run out of ideas or solutions to improve the lives of millions in Europe and inspire other parts of the world to follow suit.”