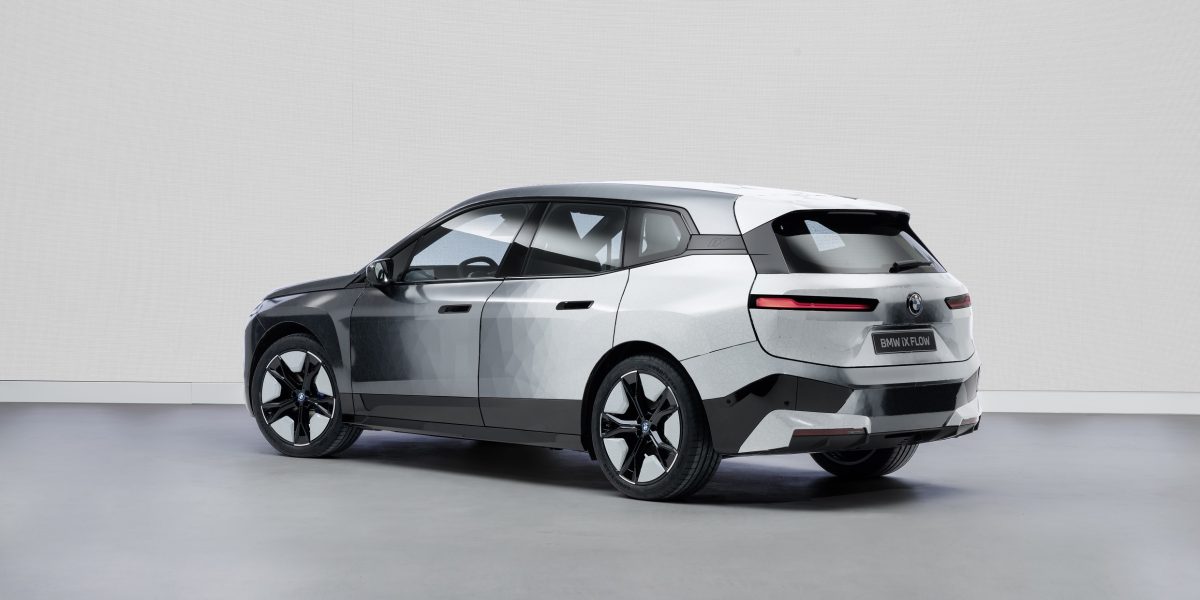 By Jonathan Thomas on January 10, 2022 in Cars, Events
11
SHARES
ShareTweet

BMW has unveiled a new feature that can change the exterior colour of a car with the press of a button, using the E Ink technology best known for being used in the Kindle e-reader.

Shown during the CES technology convention in Las Vegas as part of a concept version of the BMW iX, the car is able to switch between white and black finishes at any time.

The car giant said the “fluid colour changes” are made possible by a specially designed body wrap which can be stimulated by electrical charges to bring different colour pigments to the surface.

Adrian van Hooydonk, head of design at the BMW Group, said the car was “an advanced research-and-design project and a great example of the forward-thinking that BMW is known for”.

Vehicle tech has become an increasingly prominent part of the annual trade show, and BMW’s latest innovation has been joined on the show floor by a fully autonomous tractor, built by manufacturer John Deere.

Based on the firm’s 8R tractor, it includes a range of cameras and other sensors as well as a GPS guidance system and uses artificial intelligence to navigate itself.

John Deere said farmers need only to transport it to a field and configure it for autonomous operation, and it can be controlled from the firm’s app.

Earlier in the show, Sony revealed its second concept electric vehicle and confirmed it will launch a Sony Mobility company later in 2022 as the firm takes more serious steps in the motoring space.

The new Vision-S 02 is a seven-seat SUV and follows on from the sleek Vision-S 01 saloon car revealed at CES last year.

The Witcher Prequel has an Irish Connection
Emily in Paris Renewed!