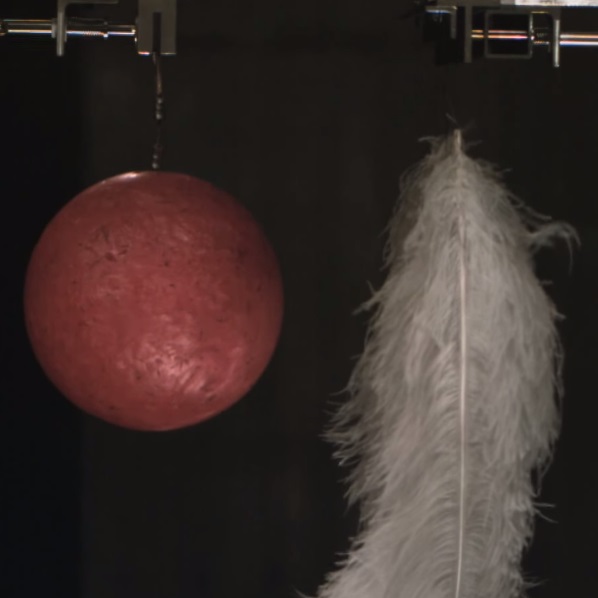 By Conn Ó Muíneacháin on November 5, 2014 in General
23
SHARES
ShareTweet

One of the most suprising things we learn in Physics class is that the acceleration due to Earth’s gravity is constant for any mass (9.81 m/s/s). Gallileo demonstrated it in 1589 by dropping objects of different mass from the Leaning Tower of Pisa. Sure, a heavier mass will do more damage, but they all reach the ground at the same time.

One explanation for why we struggle with it is that we live in a world full of air.

In the case of a feather, the force of the air resistance is significant when compared to the gravitational force – so it falls more slowly. This is how a parachute works: by catching more air.

In our experience, a feather falls more slowly because of air resistance.

But what if you remove the air? Brian Cox demonstrates for the BBC series Human Universe, with the aid of a very large vacuum chamber, and some amazing slow-motion photography.

Come and talk to Technology.ie and Blacknight at Web Summit
Love and Robots wins ESB Spark of Genius Award at Web Summit