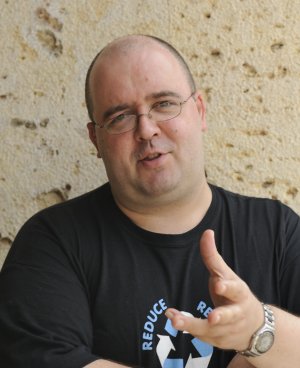 By Conn Ó Muíneacháin on August 5, 2015 in General
0
SHARES
ShareTweet

Internet Governance doesn’t just happen. A lot of talking goes on to make sure that everyone’s interests are represented while progress is made. If your business is the Internet, you can cross your fingers and hope that all goes well, or you can do like Blacknight and get involved.

Blacknight is Ireland’s leading domain registrar and hosting company and its CEO, Michele Neylon,​ has just been re-elected for a third term as chair of ICANN’s Registrar Stakeholder Group. He’s the only European member on the Group’s executive committee, and it puts him at the centre of debates on the future of the Internet.

In October, ICANN will hold its first meeting in Ireland. It is to be hoped that Irish business and the government alike seize this opportunity to find out more about the role they can play. No one owns the Internet: ICANN in particular operates a Multi-Stakeholder Model which encourages interested parties to get involved. The US government is handing over control of key functions. As the domain name space expands, IPv6 is adopted, the Internet of Things becomes reality, and privacy and security are matters of increasing concern, there’s plenty to think about – and plenty to talk about.

Disclosure: Blacknight owns Technology.ie, and Michele is my boss. 🙂 Click here for more information on his re-election.