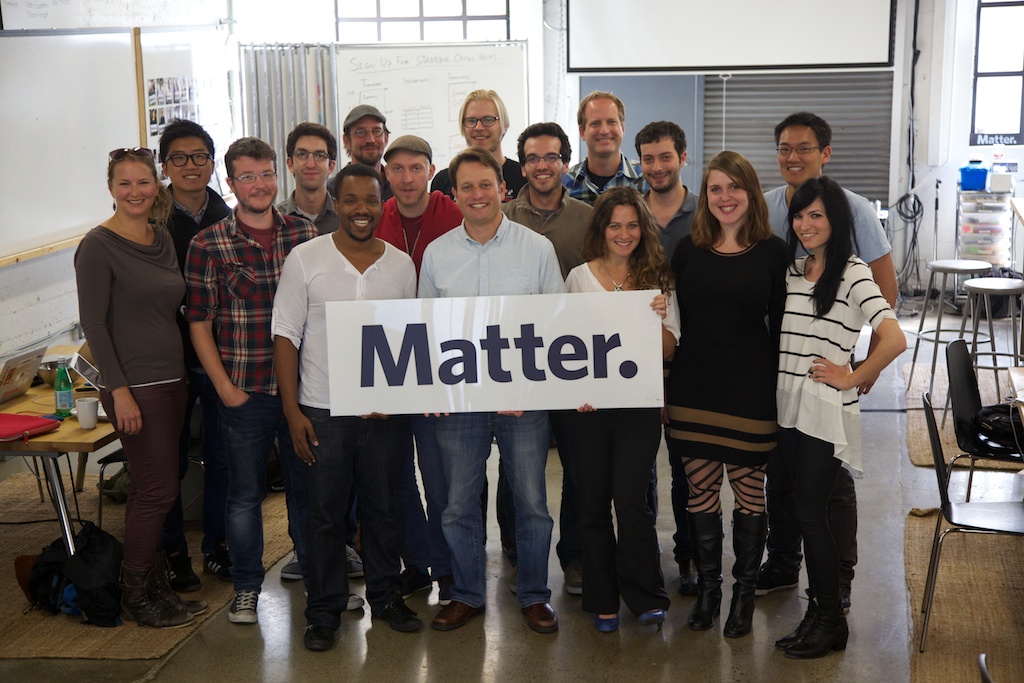 Exciting news from San Francisco where Irish startup Woop.ie has been announced as one of the seven companies selected for Matter Two, an accelerator programme which will see them work side by side with other startups for the next 5 months, leading to a Demo Day in February.

Matter is an early stage VC and startup accelerator which has a particular focus on media entrepreneurs “building ventures that make society more informed, connected, and empowered”.  Their first programme concluded in June this year and this second programme sees it go international with companies from Finland, Argentina and Ireland making the final cut.

Woop.ie is Martha Rotter and Stewart Curry and they are old friends of technology.ie.  In fact, they talked about Woopie in a podcast interview with us back in January 2012.