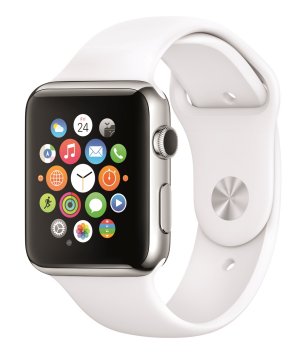 Curious customers in the US, UK and other countries will have a chance to view the Apple Watch from today in Apple Stores, as pre-orders open for the company’s most talked about new product since the death of Steve Jobs.

The device will be available to order online in those countries from April 24. There is still no word on an Irish release date for the device.

As a wearable accessory, it’s not surprising that Apple Watch has attracted as much attention for its physical form and prestige factor – especially for the gold Edition version. Of course the phone has long had the prestige factor. But reviews suggest that the technology may be found a little disappointing, by comparison.

In an extended feature review on The Verge, Nilay Patel admits that it’s “kind of slow”.

Sometimes pulling location information and data from your iPhone over Bluetooth and Wi-Fi takes a long time. Sometimes apps take forever to load, and sometimes third-party apps never really load at all. Sometimes it’s just unresponsive for a few seconds while it thinks and then it comes back.

Apple tells me that upcoming software updates will address these performance issues, but for right now, they’re there, and they’re what I’ve been thinking about every morning as I get ready for work.

Apple have promised that future software updates will resolve this, but he says that second-guessing the responsiveness of the watch is causing him to pull out the phone instead.

Beyond that, however, he’s finding it to be a rather compelling experience:

If the Apple Watch had no other functionality except for what you can do from the watch face, it would still be competitive.

The Irish Times reports that Irish app developers are eager to get their hands on a physical device, though they are currently testing their software on an emulator released with the Software Development Kit last November.

The release of a major new product from Apple has also prompted some humour and fun, such as this amateur electronics project to build an anachronistic Apple II Watch. Gizmodo’s Paleofuture Blog imagines a post from the year 2020 celebrating the gadget’s 5th anniversary and recalling how privacy concerns were allayed by Happy Fun Mist™ emitted by the watch. The piece envisions Tim Cook saying “By next year the Apple Watch will have fully functioning time-telling capabilities”.

If it all sounds a bit April 1, I really did have to check the date when I saw this video released by Netflix!

I’m sure Apple are laughing all the way to the bank!