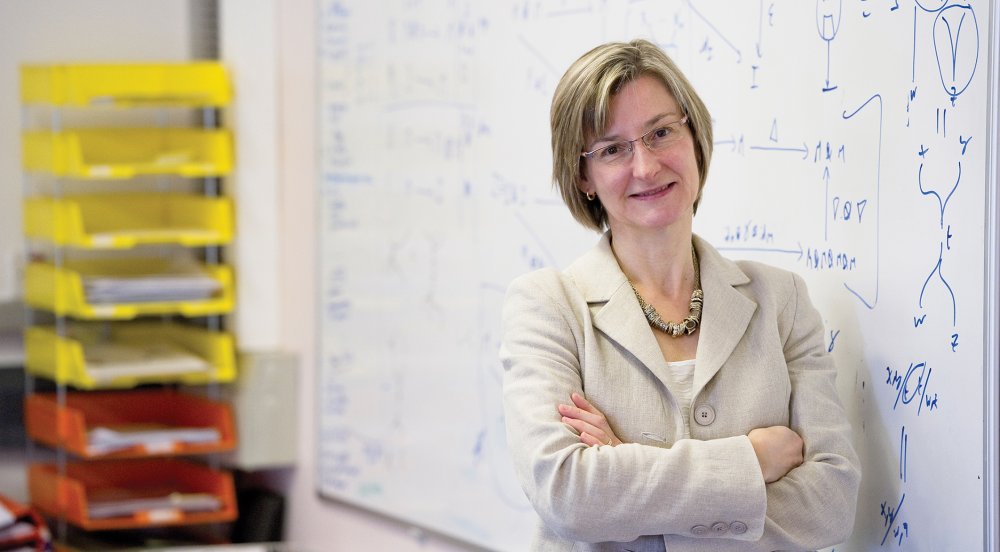 2015 is the bicentenary of George Boole, first professor of mathematics at University College Cork and forefather of the Information Age. UCC is beginning a year of celebration with the George Boole 200 Inaugural Lectures on the 5th February, 6pm.

Professor Sangiovanni-Vincentelli is a co-founder of two of the world’s largest companies in Electronic Design Automation: Cadence Design Systems and Synopsys, Inc. Both companies have operations in Dublin. Professor Calder is the Chief Scientific Adviser to the Scottish Government.

Born in 1815, in Lincolnshire, England, Boole was a largely self-taught mathematical genius who is recognised today as being the ‘forefather of the information age’. His creation of Boolean algebra and symbolic logic pioneered a new strand of mathematics, which was employed in the work of scientific and engineering giants such as Claude Shannon and Alan Turing, and many others, in the development of the computer.

The pioneering research of Prof. Sangiovanni-Vincentelli has contributed to major advancements in the semiconductor and electronics area. He was at the forefront of a revolution in the computer-aided design of advanced devices that dates back three decades, helping to co-found the world’s two largest electronic design automation companies Cadence and Synopsys. Prof. Sangiovanni-Vincentelli’s universe is built on Boolean logic.

In Ireland, there are currently more than 50 electronics companies with a roughly equal split between international and indigenous firms, including many start-ups, that use tools produced by Cadence and Synopsys. The total annual exports from this sector are estimated at €9bn with 8,000 high-value jobs, 1,500 of these directly involved with design or product development.

Boole’s legacy has come full circle back to UCC with the involvement of researchers in the School of Engineering and the Tyndall National Institute at UCC in major collaborative projects with Synopsys at Irish and European level. Irish students of electrical and computer engineering, computer science and mathematics learn about Boolean logic and many of the engineers use Cadence and Synopsys tools in their project work.

Also speaking on the night will be Professor Muffy Calder OBE, Professor of Computing Science at Glasgow University, and until recently Chief Scientific Adviser for Scotland. Her research is in modelling and reasoning about the behaviour of complex software and biochemical systems using computer science, mathematics and automated reasoning techniques. In 2011, Professor Calder was awarded the OBE for services to Computer Science and a Royal Society Wolfson Merit Award. Professor Calder also played a key role in establishing the British Computer Society Academy of Computing. Before becoming Chief Scientific Adviser, she was a Royal Society Leverhulme Research Senior Fellow and Dean for Research in the College of Science and Engineering at the University of Glasgow.

While her main research is in the area of “formal methods” which might be described as “pure” computer science, she also makes connections through research with problems in a wide variety of other fields. For instance, she has worked with cell biologists to figure out if communication within a cell can be predicted and what is the most effective way to change it. Rosemary O’Connor Professor in the School of Biochemistry and Cell Biology at UCC agrees with this approach: “Boolean modelling is one of the approaches to identifying new ways of interfering with the insulin-like growth factor system, which determines the progression of many kinds of cancer, as well as their lifespan.”

The George Boole 200 Inaugural Lectures will be held in Boole Lecture Theatre 4 on the UCC main campus at 6pm and all are welcome. The event is free but preregistration is required.

The event will also be streamed live at tinyurl.com/GB200InauguralLectures.

University College Cork expressed their thanks for the support of Mr Brian Kingham and Reliance Cyber Services, who have generously enabled the George Boole 200 Inaugural Lectures at the University.

For more information about the wide range of activities that UCC has organised to commemorate George Boole visit www.georgeboole.com.