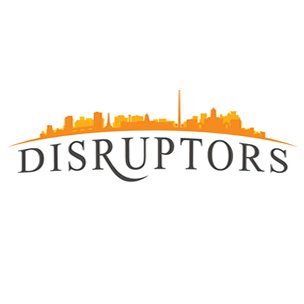 By Conn Ó Muíneacháin on September 3, 2014 in Events
1
SHARES
ShareTweet

Industry disruption will mean 50% of the current Fortune 500 Companies will have disappeared in 10 years.

A conference to be held in Dublin on this Friday promises to show businesses how to be a disruptor rather than the disrupted.

The recent arrival on these shores of billion dollar valued startups such as Uber and airbnb from Silicon Valley has ruffled a few feathers, as local enterprises and business in the same field are forced to adapt to compete with these highly disruptive businesses.

An upcoming one-day business conference is attempting to uncover how the fastest growing companies in the world are achieving unprecedented success by disrupting traditional industries. Sponsored by Silicon Valley Bank, The Disruptors Business Conference on September 5th will feature some of the top international business, technology and social entrepreneurs, and will explore some of the science and commercial background behind the latest business catchphrases such as “crowdfunding”, “The Lean Startup” and “distributed working”. The event also promises to explore where funding dollars are going, the future of marketing and the need for diversity in work teams.

As consumers turn to disruptive brands such as Spotify to stream music, Netflix to watch movies and Skype to make calls, event organiser John O’Loughlin points out that none of these brands existed 10 years ago.

“A recent Kauffman foundation report found that over 50% of the current Fortune 500 Companies will have disappeared in 10 years. This ultimately means that you are either disrupting your industry or your industry is being disrupted.”

The Disruptors Conference will take place on September 5th 2014 at the Marker Hotel in Dublin’s Docklands. The Silicon Valley bank sponsored event will feature several international speakers of note including: