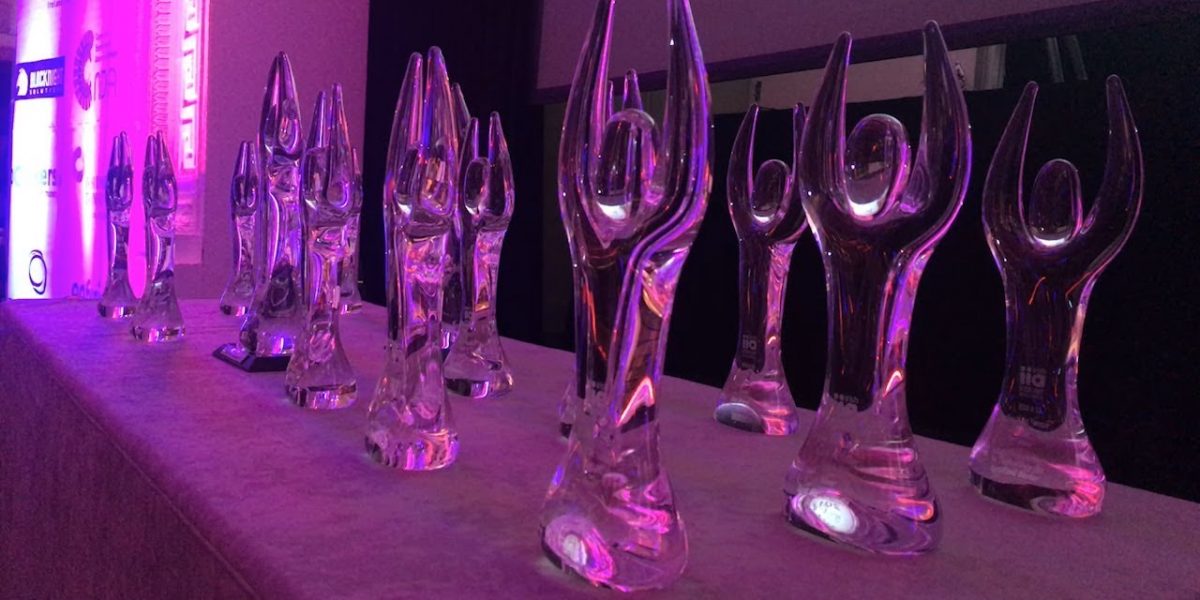 Internet innovators Michael and Ciaran Crean from MicksGarage.com won the recognition of their peers in the Irish internet industry on Friday night when they took the overall award at the Dot IE Net Visionary Awards 2017.

We were out in force from Blacknight, as one of the sponsors of the event, and we shot the video below.

Our CEO Michele Neylon presented the award for the Best Web Development Agency, which we sponsored. Chloe Murray and I made up the Blacknight party; Alan Woods from Donuts domain registry joined us, along with Niall and Sarah Reck from Graphedia Web Design.

As usual it was a very enjoyable event. Congratulations are due to the organisers of the restructured Irish Internet Association which hosted the event, especially to Kate Fogarty, and the new board, in particular chairperson Cathy McGovern, and to the IE Domain Registry (IEDR) which was the headline sponsor for the fourth year in a row. Richard Curran from RTÉ’s Dragons Den did an excellent job as Master of Ceremonies.

As always, the Net Visionary Awards are a great opportunity to catch up with people from the Irish internet industry – many of whom email and phone all year long without seeing each other in the flesh. It was nice to see former IIA CEO Joan Mulvihill among the guests.

Mick’s Garage was founded in 2004 by Michael and Ciaran Crean, who described it as “a 13-year overnight success”, growing from 250 orders in its first year, to a projected 350,000 in 2017. It has been a great example of a company which disrupted a traditional industry with an internet direct-sales model.

Other winners on the night included Square1, which won the Blacknight-sponsored Best Web Design Agency award, Scurri (Best Cloud Service for SMEs), Fillit (Best Start Up) and Radical and Atomic, which jointly took the award for Tech/Life Ireland in the Best Brand Marketing category.