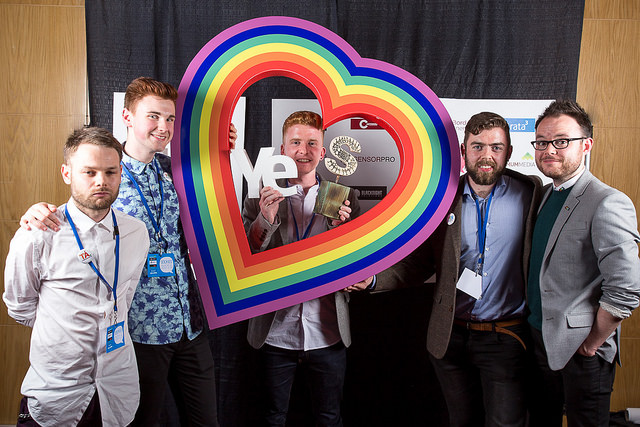 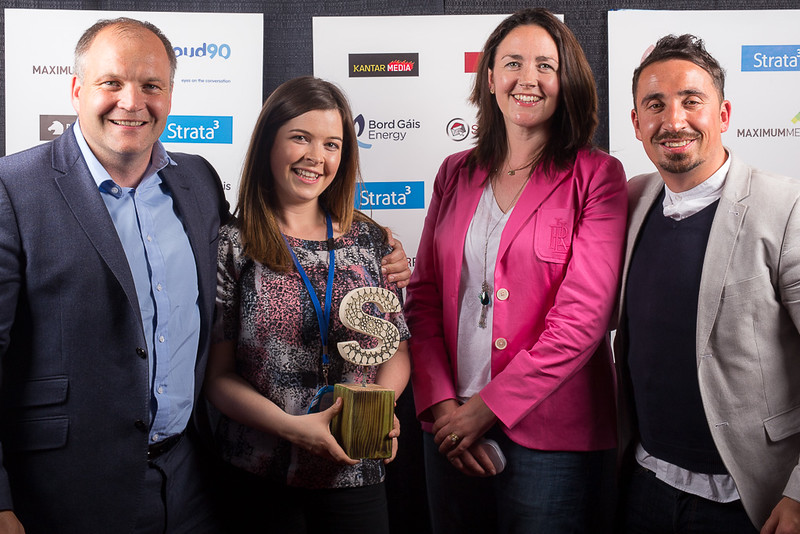 Organised by Mulley Communications and presented by Rick O’Shea, the Sockies is the premier awards show in Ireland for all things digital marketing and social media. This year there were 27 categories, covering areas such as Facebook, Twitter, Business categories, Campaigns and Customer Care.

The Grand Prix went to Dublin Zoo, which also took the awards for Best Use of Facebook by a Non-Profit Organisation, and the Best Integrated Social Media Campaign for Dublin Elephants.

Our parent company Blacknight sponsored the category Best Use of Social Media by an SME, and our Alan O’Reilly ended up presenting two awards, as the judges decided to honour Cuckoo Events as a ‘micro’ SME in addition to Tour America as a ‘medium’ SME. 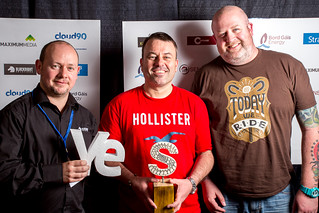 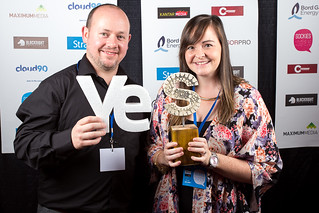 Luckily he was suitably dressed for the occasion!

Quite the "awww" for Alan from @blacknight for wearing his wedding socks to #sockies15 pic.twitter.com/tBW4jZ36qg

A special award was given to the Yes Equality social media team who received a standing ovation from the 650 in attendance. Polystyrene props from Made In Holllywood could be combined with winners’ trophies to spell out “Yes”. 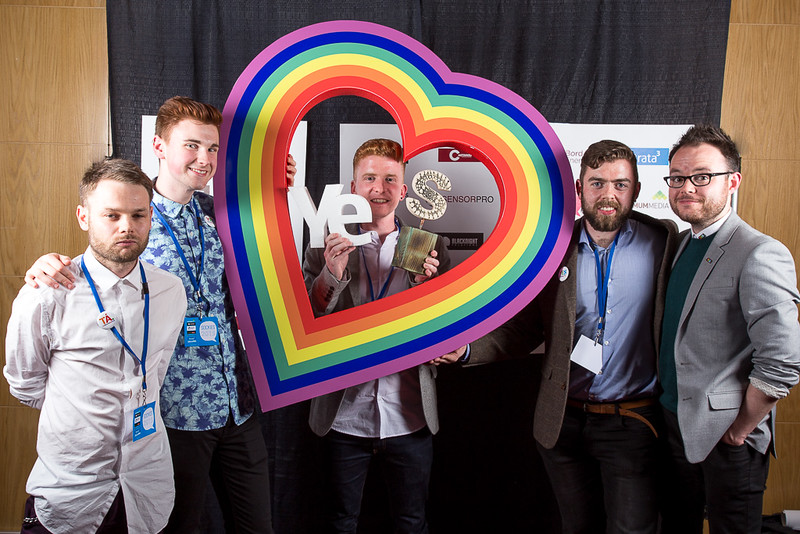 Founder and CEO of Maximum Media, Niall McGarry, said the calibre of entries at this year’s ceremony is testament to the huge investment brands are making in reaching their target audience online.

“All good businesses today understand the importance of digital marketing and effective social media to build their brand. It’s not just about being present on these platforms, it’s about creating an impact and engaging with users which all tonight’s winners have done. At Maximum Media we pride ourselves on having the largest social media following of any publisher in Ireland and are delighted to sponsor tonight’s event to reward those teams that invest as much in their social strategy as we do.”

Other winners on the night included Aer Lingus for their use of Facebook, SPAR Ireland for Facebook, Littlewoods Ireland for a campaign on Twitter. Lidl won for In-House social media team. Agency of the Year went to Radical for the third year in a row.

An Garda Siochana won Best Use of Social Media by a State Body.

So when @gardainfo won last night @socmediaawards the DJ played Sound of Da Police and the crowd sang it https://t.co/GYlYm4sIPe

Media companies that won included: BreakingNews.ie, 98FM for Best Videos and RTÉ’s Republic of Telly won for their use of Snapchat.

In the new category for Instagram, the website LovelyBeards.com won, which is a website dedicated to beards of all shapes and sizes. Kilmacud Crokes GAA Club won for Zero Budget social media campaign.

Congratulations to one and all!