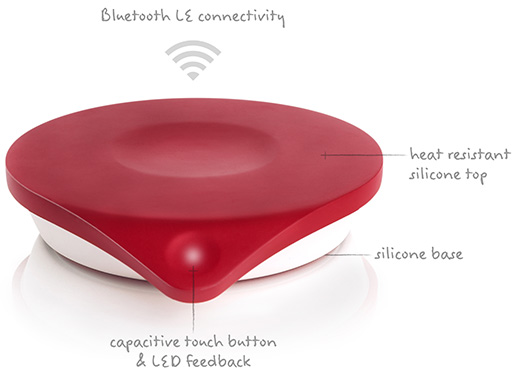 By Conn Ó Muíneacháin on November 27, 2014 in Video
0
SHARES
ShareTweet

Happy Thanksgiving to our American readers – and to the many people in Ireland and elsewhere who celebrate it too!

“Cooking is an art, but baking is a science” explains Ben Harris, CEO of Drop, “an interactive recipe platform and a pipeline of products to talk to it”. The first of those products is the Drop Kitchen Connected  Scale, which uses Bluetooth Low Energy to talk to the Drop app on your tablet, allowing you, for example, to instantly scale a recipe based on available ingredients.

Ben and his team are award-winning designers, which explains why Drop was judged worthy to be stocked in Apple Stores. What’s more, he’s got a slick pitch and he knows there’s a frustrated baker in each of us just waiting to get out!

The Drop Kitchen Connected Scales is priced around €99, available in Apple Stores and in Ireland from Harvey Norman.

Thanks to David Ivor Smith for sharing on Facebook.

Technology.ie is brought to you by Blacknight. Normal office hours apply over the next few days. We’re Irish, so we don’t do Thanksgiving, but if you feel the urge to bake for us that would be lovely!