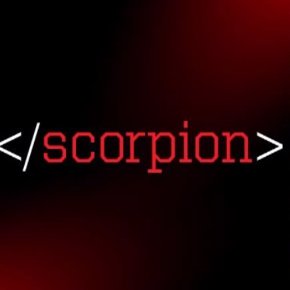 By Conn Ó Muíneacháin on August 9, 2014 in Video
5
SHARES
ShareTweet

“Sorry to be the bearer of bad news: your son is a genius”, says the character Walter O’Brien in the pilot of the new drama series Scorpion, which will premier on CBS next month. It tells the story of a consulting firm staffed by high IQs, who have “saved the world several times over“.

It’s the latest step in a TV trend where intelligence is sexy (Numb3rs, Sherlock), or even a superpower (Lucy – and yes, also sexy), but Scorpion Computer Services is a real company, and the central character is based on its founder, 38 year old Irishman Walter O’Brien.

The Irish Times reports that Walter joined the cast and crew of Scorpion at ComicCon where the pilot was well received. He’s an executive producer of the series which is based on his life and work.

That work includes developing an algorithm to analyse CCTV footage, which helped to catch the Boston bombers. But it began in Co Wexford, when he hacked into NASA at the age of 13.

Somehow I doubt that incident involved black helicopters and SWAT teams bursting in the door of his family home, but it’s understandable that Hollywood takes some licence in the retelling.

BBC Reports on Dairymaster and the Happy Cows
Who Made Wikipedia the Judge on ‘Monkey Selfie’ Copyright?