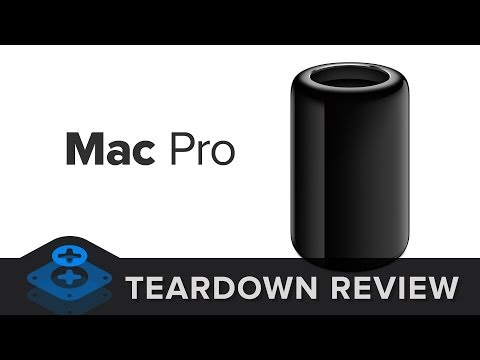 Announced in October, Apple’s new Mac Pro started shipping just before Christmas.  iFixit.com got their hands on one and promptly tore it apart!

We’ve blogged about iFixit.com before and their mission to encourage people to repair, not replace.  Often, the main obstacle to fixability is design.  As a design constraint, it’s often jettisoned in the competition to make things light, small, cheap, or easy to manufacture.  It’s often easier to make things disposable instead of fixable.

Apple have scored poorly on fixability in the past, with the iPad Air awarded just 2/10 by iFixit.  However, the wastebasket shaped Mac Pro gets a fixabilty score of 8/10 in this teardown, to go along with its favourable reviews for performance and quietness.