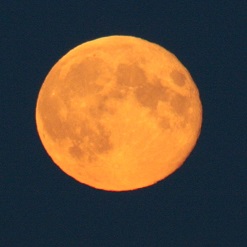 To mark National Science Week, Astronomy Ireland is setting up some of the most powerful telescopes in the country to show the Moon closer than most people will ever see it in their lives. Everyone in Ireland is invited to the event at Astronomy Ireland’s Headquarters in Dublin on Thursday November 6th at 7pm.

The MoonWatch is free of charge, inlcuding refreshments (tea & coffee & soft drinks). There will be some free posters available and copies of the society’s magazine featuring all the photos of the recent Irish SuperMoon will also be on sale.

Participants will have the opportunity to view the moon tjhrough large telescopes, giving a view of the craters, mountains and vast seas of frozen lava that pepper the Moon’s huge surface.

The event will be led by David Moore, chairman of Astronomy Ireland

“Because there are no clouds on the Moon, and it is the closest object to us in space, the Moon is an absolutely stunning sight in a powerful telescope that has to be seen to be believed!

“I have been looking at the Moon for decades in very large telescopes and there is so much to see that it is just as exciting now as it was when I got my first close-up view. This sense of awe and excitement is what we want to share with the public on Thursday for Science Week” he said.

The Moonwatch event will be held at 7pm on Thursday November 6th at the Astronomy Ireland Headquarters, Rosemount Business Park, Blanchardstown, Dublin. Click here for a map and directions.

CitySense Project is Launched to Measure the Health of Dublin City
How Many Hours Do Irish People Actually Work?