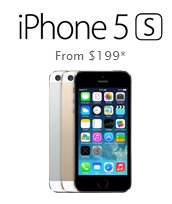 By Conn Ó Muíneacháin on September 18, 2013 in Podcasts
0
SHARES
ShareTweet

Brought to you by Blacknight, it’s the Technology.ie podcast, episode 70 for September 18 2013, with Michele Neylon and Conn Ó Muíneacháin.

So, there’s a new iPhone – two in fact!  But while US law says you have a right to withhold potentially self-incriminating information – such as a password – the same does not apply to biometric data, i.e. your fingerprint.  When it comes to powers of search there’s an important distinction between something you know and something you have.

12 of the 50 richest made their money in tech.  Deezer coming to smart TVs.  WorldIrish merges with IrishCentral.

Startup Express is a cool idea and a great website!

Technology.ie is brought to you by Blacknight, Ireland’s largest provider of domains and hosting.  Want to win a drone quadcopter with built in HD camera?  Thought you might!