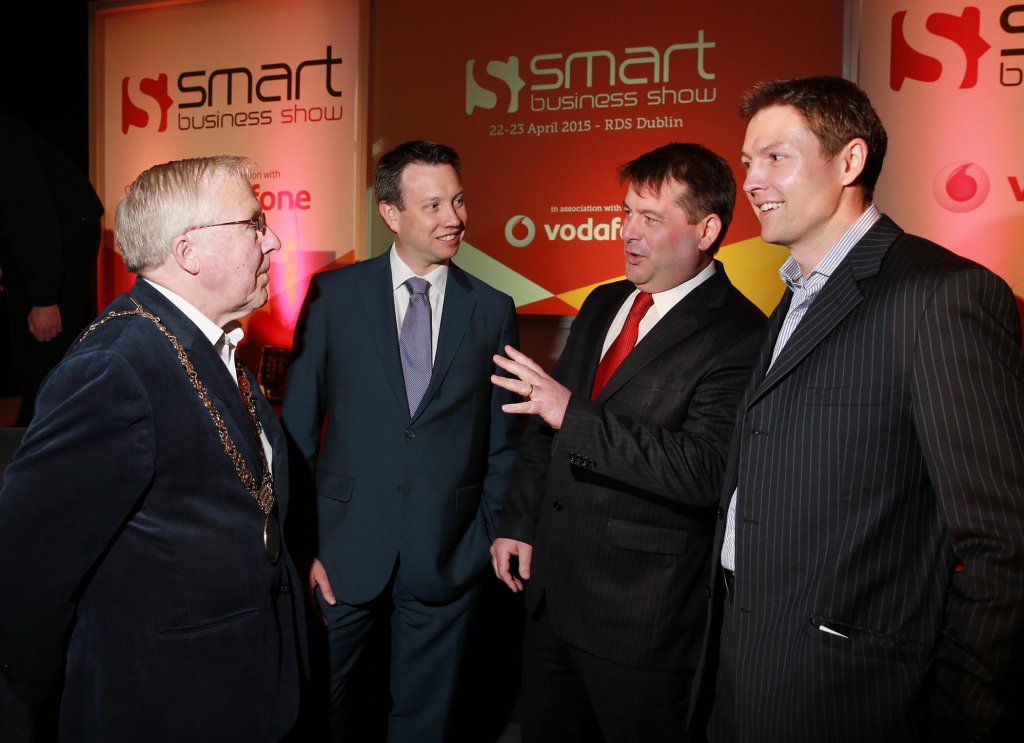 By Conn Ó Muíneacháin on April 23, 2015 in Events
1
SHARES
ShareTweet

We’re at the Smart Business Show today, on the second day of a two day event sponsored by Vodafone Ireland.

The event got underway yesterday with Dara Murphy, Minister for European Affairs & Data Protection, and Minister of State at the Department of the Taoiseach and the Lord Mayor of Dublin, Christy Burke officially opening the show.

More than 75 speakers, 160 exhibitors and thousands of business people are attending the show in the RDS in Dublin, the first time the Smart Business Show has taken place in Dublin after a very successful first event in Belfast’s Odyssey Arena in 2014, which attracted more than 3,000 visitors and delegates.

As well as a wide variety of speakers, there are workshops on a host of themes including networking, entrepreneurship, technology, digital engagement, exporting, sales generation, communications and marketing.

Technology.ie is shooting video and talking to speakers and exhibitors. Give me a shout on twitter if you want to say hello or call 0877408056.