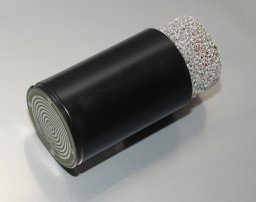 By Conn Ó Muíneacháin on October 26, 2013 in Video
0
SHARES
ShareTweet

Via Mark Cahill, police forces in the US are using a new technology which could reduce the necessity for dangerous high speed chases.  Instead of risking accidents by chasing a suspect at speed, a police car uses an on-board compressed-air cannon to fire a GPS tracking device which sticks to the pursued vehicle so he can run, but he can’t hide!

The technology is developed by a company called Starchase.  Their website doesn’t give any detail on price, but Cnet reports that the system costs about $5000, and each GPS bullet about $500.

Car chases happen here in Ireland too, and can result injuries and fatalities.  It would be interesting to see if the Gardaí are considering this, or similar technology.